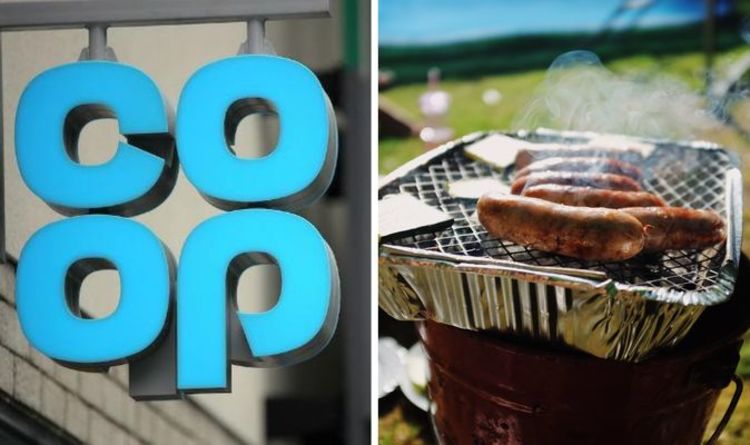 As the weather turns warmer Britons are spending more time outside with friends and family, often gathering in woods and parks for barbecues. However, some organisations have warned of the dangers of lighting a barbecue close to fauna and flora.

Due to this danger, many British national parks and some landowners have introduced bans on using disposable barbecues.

The Co-op aims to support these bans by withdrawing the products from its shelves.

She said: “Whilst the majority of consumers use, extinguish, and dispose of instant barbecues safely, and we continue to sell many of them from our stores across the UK, we respect local decisions to protect the parkland have to be made.

“Where we have stores in, and within a one-mile radius of, a national park, we have removed instant barbecues from sale to help protect the landscape of the communities in which we serve.”

The initiative is part of Co-op’s ‘Put Me Out’ campaign, set up to promote safer use of instant barbecues this summer.

It was launched with the support of the NFCC and Greater Manchester Fire Service.

The organisation listed ways wildfires can be prevented, with one tip being to “only BBQ in designated areas”.

The NFCC is not calling for a complete ban of disposable barbecues, but it wants people to use them appropriately and ensure to properly put them out after use.

Paul Hedley, NFCC’s lead for wildfires, said: “We support Co-op’s move – adding clear warnings along with simple messaging on how to dispose of these barbecues is an effective way to prevent fires.

“Most people manage to enjoy instant barbecues with no issues but the worrying upward trend in wildfires caused by these devices cannot be ignored and action has to be taken.”

Although Co-op is only banning the sale of disposable barbecues in some of its branches, the products in the rest of its shops now carry warnings about putting barbecues out safely.

Ms Balmforth said: “It’s as simple as put me out thoroughly with water, dispose of me safely once you know it’s for sure been disposed of, and make sure you only use them in authorised outdoor spaces.”

Menopause skin: The 4 ways menopause takes a toll on your...