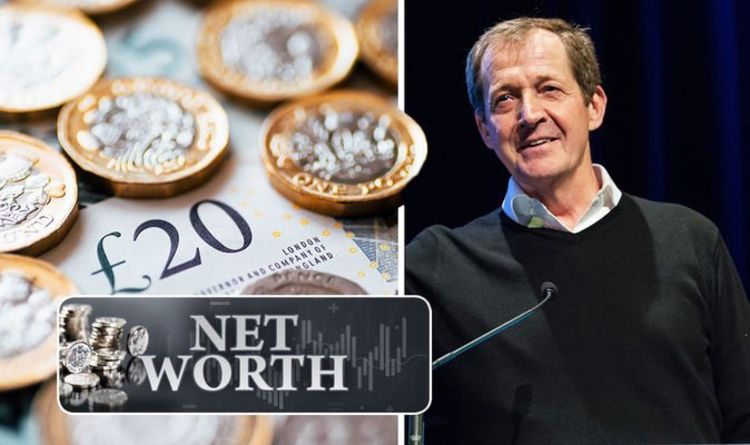 Alastair Campbell is a British journalist, author, strategist, broadcaster and activist who previously worked as Tony Blair’s official spokesman when he was Prime Minister. Today he is set to replace Piers Morgan on Good Morning Britain, but how much as he made during his career?

Born in Keighly, Yorkshire, Campbell found himself as a press secretary before becoming the official spokesman and director of communications for the Labour Party in 1994.

By 1997 he took on the leading role as the then Prime Minister’s official spokesperson.

However, these days he has found his feed in the world of writing and activism.

In 1997, when Labour won the election, he moved into Government and took on the title of chief press secretary until 2000.

Over the years, he helped with work on negotiations towards the Good Friday Agreement in Northern Ireland and helped overhaul the communications of NATO.

Campbell also had a huge role in the preparation and release of the September and Iraq Dossier’s, which played a huge part in the run-up to the Iraq War.

He further acted as advisor to both Gordon Brown and Ed Miliband in the 2010 and 2015 general elections.

Campbell later published diary entries that he had written during his time working with the Government, which reportedly totalled around two million words in full.

He has also appeared on television throughout the years, speaking on Question Time, Sky News, Comic Relief Does The Apprentice and even Top Gear.

In June 2012 he was a guest presenter for Have I Got News For You, before going on to pursue his first acting role in BBC drama Accused.

Since 2014, Campbell has worked with British GQ providing interviews with notable people from politics, sport, business and culture.

He succeeded Piers Morgan in this role on the ITV breakfast time show.

The former Government worker is also passionate about mental health activism, having spoken out about his own experience with depression as part of the BBC documentary Cracking Up.

In his personal life, Campbell entered into a civil partnership with Fiona Millar in 2021 after being together for 42 years.

Together they have two sons and a daughter.