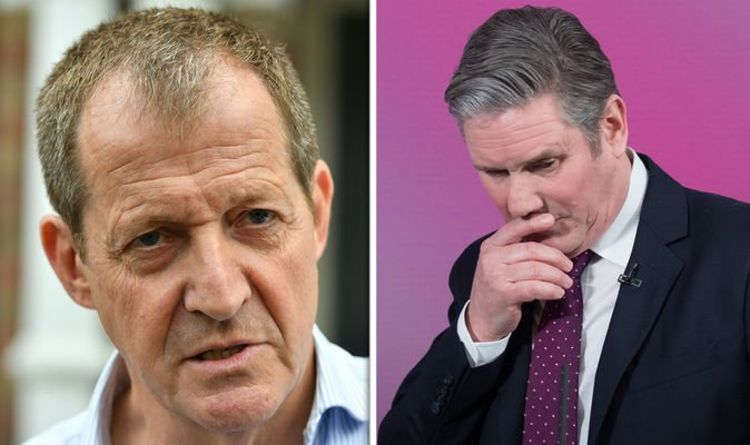 Pointing to other countries where formerly established parties had rapidly disintegrated, the former Labour spin doctor said “no party has a divine right to exist, or to be a natural choice for government”.

Many have started wondering whether Mr Campbell might be considering going back to politics, perhaps as an MP.

However, in last week’s Iain Dale’s podcast, Mr Campbell confessed there is something holding him back.

He said: “I haven’t really moved on from that discussion a decade ago.

“And maybe the thing that has held me back is actually a doubt whether it would be the case.

“I would often sit with ministers or prime ministers from other countries, and think: ‘God, they are not up to much… I could do that.’

“But I would look at Tony Blair and Gordon Brown… I couldn’t do what they were doing.”

Mr Campbell also told Mr Dale that Labour backing the UK Government’s Brexit deal was a mistake and resulted in the party “disabling themselves” on the key issue.

Mr Campbell added the Labour Party is now reluctant to speak about Brexit despite it “going wrong in all sorts of places”.

He insisted: “Labour has been a little too static for about a year – Covid, Brexit.

“I think disabling themselves on Brexit by backing the deal was a mistake.

“I think that it means that now Brexit is going wrong in all sorts of places, they just don’t want to talk about it.”