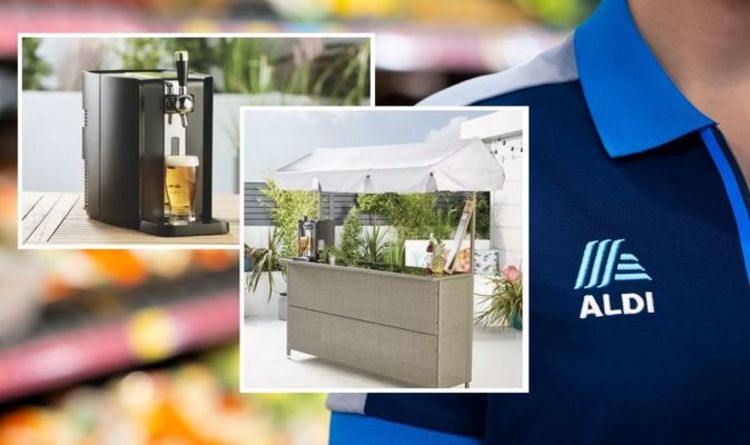 Aldi launches its Specialbuys every Thursday and Sunday online as well as many items being available in store. With summer just around the corner, the discount supermarket launched its garden range today which included a garden bar, a pizza oven, table and chairs as well as a BBQ.

“I’m sick of refreshing over and over again,” a third commented.

Another expressed: “This is madness, I didn’t realise how popular this stuff was.”

Others expressed how their apps weren’t working ahead of the launch.

However, according to shoppers, Aldi regularly does this when they are releasing popular items.

It costs just £199.99, a lot cheaper than alternatives according to some customers.

The Philips beer tap was priced at £199.99 and came with a free two year guarantee.

The supermarket said: “Follow us on social for future releases.”

In other news, the retailer is launching its very own Japanese-inspired premium dessert, Mochi Balls, after they caught the attention of more than 500 million viewers on TikTok since the beginning of the year.

The discount supermarket is launching various different flavours into stores including tropical, mango and coconut.

Hitting shelves from May 17, Aldi’s Wao Mochi Balls will be available in stores nationwide.

Customers can pick between tropical, mango and coconut flavours, which are all available for just £3.49 a pack.

Taking to the Aldi Shoppers UK Facebook forum, shoppers have shared their excitement for the arrival of the tasty dessert.

Garden ‘glow up’: Incredible outdoor makeover before and after with decking and furniture

‘Absolute no brainer’: Why you should seriously consider adding wood panelling to rooms