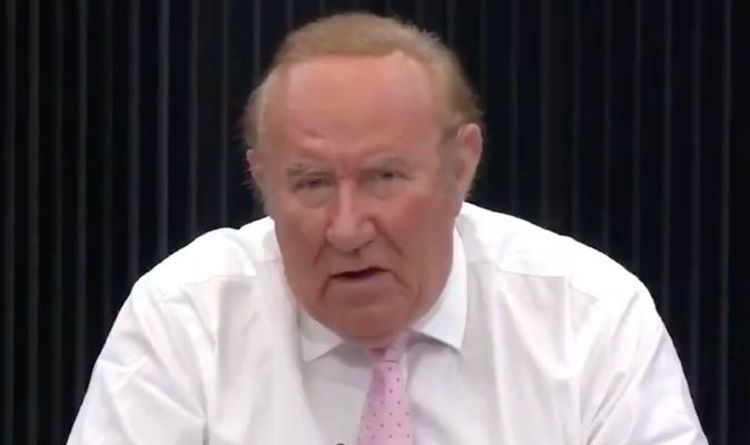 GB News presenter Andrew Neil launched a ruthless review of the National Trust as it was revealed that volunteers have been requested to wear rainbow-themed clothing for Pride. He said there was nothing wrong with the move but suggested the decision pointed to “identity politics” which has made its way into the National Trust in recent years as the Trust introduced more practices to educate visitors about Britain’s past. Appearing on the show was Andrew Doyle, host of Free Speech Nation, a new segment on the channel, who said families do care about such issues but don’t want to be “sermonised” while trying to enjoy a day out at a National Trust property.

During a speech on his new segment ‘Woke Watch’, Mr Neil said: “What on earth is happening at the national trust?

“Think of the National Trust and you imagine aristocratic mansions and sprawling country parks where you can take the family for rambles and ice creams.

“Essentially a conservative institution committed to preserving the past for the benefit of the present.

He explained: “Volunteers at Ickworth in Suffolk have been requested to wear rainbow-themed clothing and make-up this Friday as part of the Trust Prude celebrations.

“It is not such a big deal, it is just a bit of fun but it is the sort of thing that seems to consume more and more of the Trust’s energy.

“But things really took off in the wake of last summer’s Black Lives Matter protest, the trust commissioned a report outlining the connections that some of its properties had to the slave trade and colonialism.

“Many of its small ‘c’ conservative members were bewildered about this drift into wokeness, some resigned their membership in protest.”

In response, Andrew Doyle, from GB News’ Free Speech Nation replied: “Who would have thought that the National Trust would become this battleground for the culture war.

“Where it comes from is the same place that all of this stuff is coming from in various institutions across the country – is this ideological push, what we might call social justice or critical social justice.

“It is often misunderstood – a lot of activists and commentators are trying to frame this as the National Trust are innocently trying to teach people a bit about the slave trade and colonialism…. and you have got all these fusty old conservatives who just want to whitewash the past and pretend that the past was all wonderful and that Britain never did everything bad.

“That is not what is going on here at all, everyone knows that a lot of these properties date from the high point of empire… a lot of these rich people were incredibly exploitative.”

Doyle went on to explain how British families just “want to be able to go for a day out to these places, relax, get some escapism” and “not be sermonised about things they already know”.

He said: “Nobody minds about education about Britain’s past I think that is actually really important.

“What we are talking about isn’t people who don’t want to be educated or are not interested – they just don’t want it to be part of their day out when they are going for a walk with their family in peaceful gardens!”