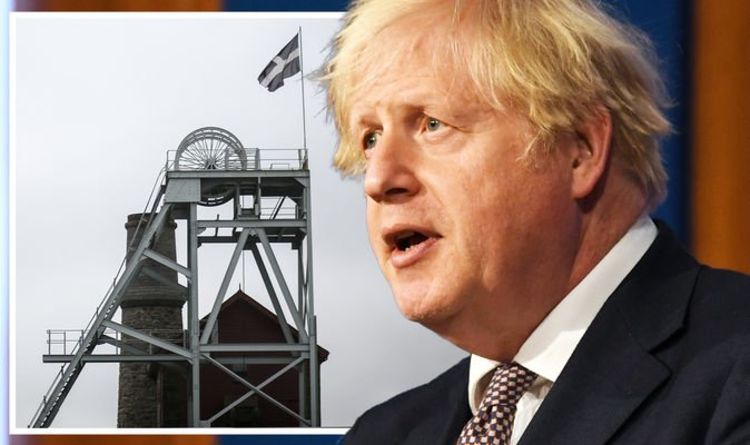 Richard Williams, who has been the CEO of Cornish Metals for almost six years, said that the Government can now focus on extracting and using natural resources available in the UK. Mr Williams’ company announced the discovery of silver while aiming to dig out copper and tin yesterday. The news comes after a number of companies have returned to the south of England to re-examine the area after it shut down in the 1980s and 1990s.

Cornwall is an area that is rich in minerals, and can potentially provide the UK with a number of useful resources.

Mr Williams has examined the impact of Brexit on the mining industry.

He told Express.co.uk: “I think up until now it has been very positive.

“I think it creates an environment where both local and central governments have to look at opportunities within the UK to source materials that are needed for various objectives that the government has.”

Mr Williams added: “The electrification of the economy and the push to carbon-neutral is very reliant on electricity and tin.

“We have the opportunity here to be the only primary tin mining company, not only in the UK, but also in Europe.

“It addresses government concerns about security of supplies, so I think it’s been very positive.”

Brexit has sharpened the focus of governments and made them recognise the potential of places like Cornwall – but the UK is slowly transitioning into a so-called “technology age”, Mr Williams said.

The South Crofty is currently the most advanced project of the company.

The mine has the potential to operate for many years and could produce around 5,000 tons of tin metal per annum.

This should in theory meet the demands of the UK and allow some of the material to be exported elsewhere.

Those are not the only benefits of sourcing materials from places like Cornwall.

“Many of these critical metals that are used in the electronic world are sourced from the areas where the proceeds are used to either fund conflict or there is large environmental impact or social deprivation.”

Mr Williams added: “It’s quite easy for people to ignore that reality but we have the opportunity here in Cornwall to show that everything we source in the UK is done responsibly, ethically and has benefits on a number of levels not just job creation, but positive impact on the environment, and many other things as well.”

When it comes to job creation, Cornish Metals are estimating the South Crofty project will create more than 250 jobs in the region. An additional 100 jobs will be created by another project at United Downs.

So far the company has raised £8 million to carry out a drill programme at United Downs.

This is where they found silver, as well as high-grade copper and tin.

The South Crofty site has one of the highest tin deposits in the world, and the company will be examining the area further.