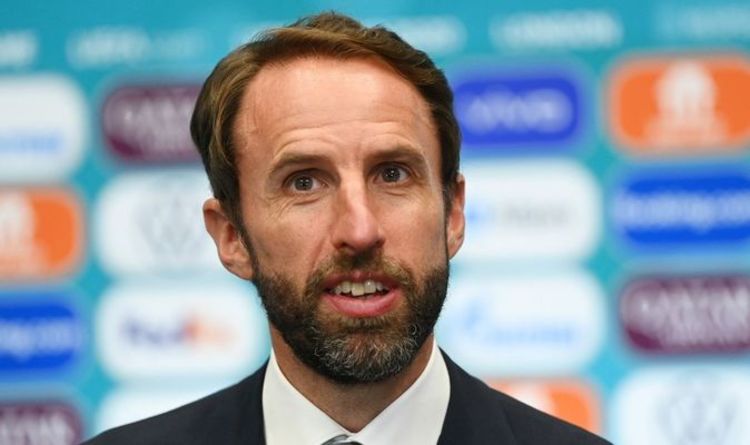 In a further plus to the England manager, Southgate had an 82 percent favorability among both Tory and Labour voters.

Commenting on the poll, many insisted Southgate was a likeable man and had done superbly to take England to the final.

One person said: “I’m no England fan but Southgate is an immensely likeable and socially conscious person, find it difficult to comprehend that 11% percent don’t like him.”

A second said: “Win Sunday and we can expect a Southgate statue?”

Another said: “Where could you possibly find 11 percent of people who have an ‘unfavourable’ view of Gareth Southgate.”

Such is the popularity of the England manager, many have called for him to be given an honour.

After masterminding the team to the final on Sunday, there have been calls for the England manager to be given a knighthood.

The Prime Minister also praised the England manager and claimed the honours committee should look into rewarding Southgate for his efforts.

A petition has been created calling on the Prime Minister to grant a day-off for the public and has gained more than 300,000 signatories.

Plans over any celebrations or national holiday have been kept secret although Downing Street stated it will announce them in due course.

A spokesman said: “I don’t want to pre-empt the outcome of Sunday’s match.

“Clearly we want England to go all the way and win the final, and then we will set out our plans in due course.

“Let’s see what happens on Sunday.”

Downing Street has called on employers to be flexible with staff if they can on Monday if England win.

This poll was conducted between July 8-9 and asked 1,794 people.