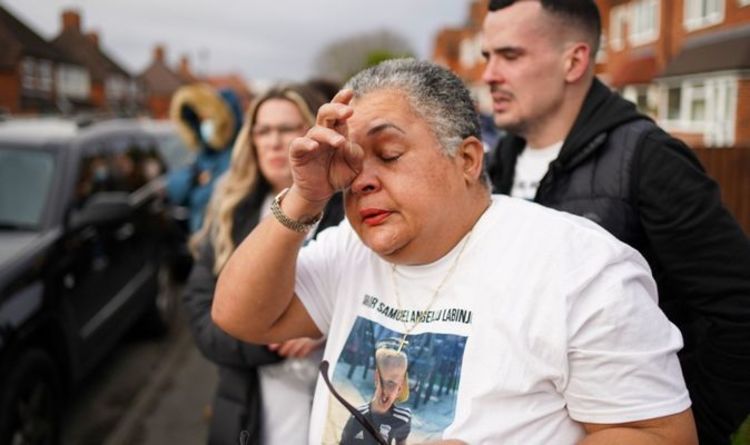 During lockdown, little Arthur suffered an “unsurvivable” brain injury, leading to his death. Emma Tustin, the six-year-old boy’s stepmother, and Thomas Hughes, his father, have both been jailed.

Arthur’s death was caused by a fatal head injury inflicted by Tustin on June 16 last year.

Tustin was given a minimum of 29 years for the murder of young Arthur, with Hughes being given 21 years for manslaughter.

But in Solihull, West Midlands, a crowd gathered to pay tribute to the young lad.

Kerry Vines, a resident of Cranmore Road, where Arthur tragically lost his life, spoke of what it meant to have the vigil.

She said: “It’s about showing Arthur that we are all thinking of him, and he was a very loved little boy.

“It will also be a celebration of his life.

“He finally got the justice he deserved.”

Arthur was known to be a huge fan of football, with one picture capturing him in a Birmingham City shirt.

Aston Villa sent a message of tribute during a minute’s applause.

Liverpool FC tweeted: “A sixth-minute applause here at Molineux, as both sets of supporters pay tribute to Arthur Labinjo-Hughes.

“Rest in peace, Arthur. You were loved.”

Scottish footballer John McGinn paid his own personal tribute to young Arthur, posting a love heart in response to the applause at Villa Park.

“I am deeply distressed by this awful case and the senseless pain inflicted on this poor boy, who has been robbed of the chance to live his life.

“I have taken immediate action and asked for a joint inspection to consider where improvements are needed by all the agencies tasked with protecting children in Solihull, so that we can be assured that we are doing everything in our power to protect other children and prevent such evil crimes.

“Given the enormity of this case, the range of agencies involved and the potential for its implications to be felt nationally, I have also asked Annie Hudson, chair of the Child Safeguarding Practice Review Panel, to work with leaders in Solihull to deliver a single, national review of Arthur’s death to identify where we must learn from this terrible case.

“We are determined to protect children from harm and where concerns are raised we will not hesitate to take urgent and robust action.

“We will not rest until we have the answers we need.”