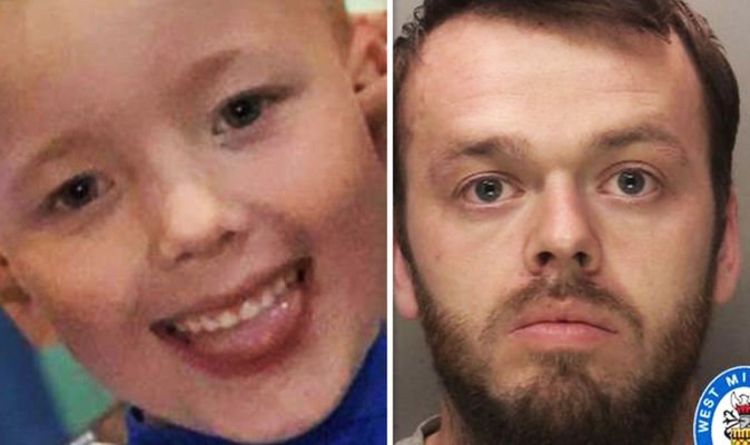 Thomas Hughes, 29, was sentenced to 21 years in prison after being convicted of the six-year-old’s manslaughter at Coventry Crown Court on Friday. Arthur’s stepmother Emma Tustin, 32, was jailed for life with a minimum term of 29 years after being found guilty of murdering Arthur at her home in Solihull, West Midlands.

Hughes has spent four nights behind bars and reports on Tuesday suggested he had been beaten up and left in a critical condition.

However, a spokeswoman for the Ministry of Justice has since dismissed any suggestion the alleged incident took place, BirminghamLive reports.

She said: “The governor of the prison has been contacted. It seems to be a rumour.

“There is no suggestion there has been an assault.”

He said warnings were issued by Arthur’s paternal grandparents, by whom he was “well loved and well looked after”.

Mr Halcrow told BBC Radio 4’s Today programme: “They’re decent people, and they were very concerned, and they issued warnings which were ignored, shall we say.”

He added: “I can’t understand why something wasn’t done about it.

Arthur had been seen by social workers just two months before his death.

Arthur’s grieving grandmother, Madeleine Halcrow, described him as having been “the happiest child” before he went to live with his father and stepmother as the UK went into lockdown in March 2020.

In a tearful interview, she told ITV’s Good Morning Britain: “I am angry with the inter agencies because somewhere along the line communication hasn’t been passed along. The old adage, ‘if it isn’t broke, don’t fix it’.

“Well something is broken in this system and something needs fixing.”

Ian Courts, leader of Solihull Council, said: “There shouldn’t be a single council leader who won’t be grateful for a complete root-and-branch review of how society can ensure its children are kept safe.

“I will be asking a number of questions as to how, with so many agencies and layers of safeguarding in the area, this could have happened; what is the system, or lack of a system that failed Arthur.

“We intend to cooperate fully with the investigations and reviews announced, in an open and transparent manner, so that we can examine the specifics of Arthur’s tragically short life.

“However, all of these investigations and reviews take time and I have asked for an independent verification of the council’s involvement in Arthur’s life.”