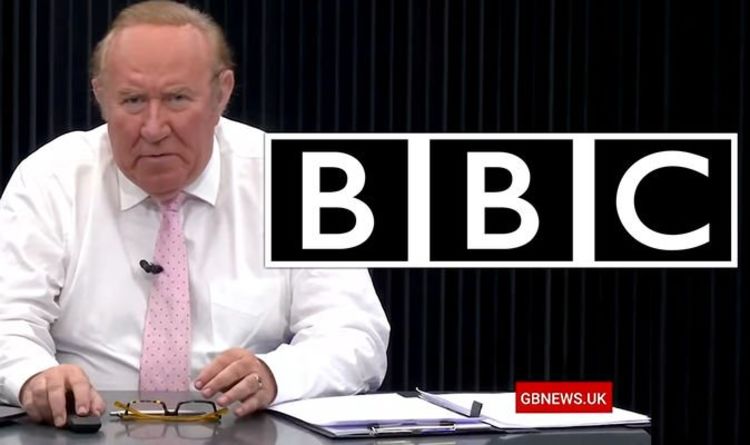 After the channel launched on Sunday it has been making waves on the box as well as social media as viewers welcome another set of voices to comment on the most pressing issues of today. Some followers have taken to Twitter to reveal they no longer wish to tune into the BBC to find what is going on in the UK and the world.

Instead, they pledged, they would continue their boycott of the public service broadcaster, with some saying their reporting of “woke stories” was the reason behind their decision.

One tweet which was “liked” by more than 7,500 Twitter accounts read: “Raise your hand if you haven’t watched BBC News for 48 hours.”

The message received a flurry of tweets in response from people saying they decided long ago to switch off the Beeb.

One said: “I switched BBC News off a long time ago. A one-way feed with absolutely no balance. Delivering fear-mongering with facts, figures, context and perspective totally lacking.”

Another man admitted he hadn’t watched the Beeb since 2016, in the wake of the EU referendum.

And yet a third said they regretted all the times they switched the channel on in the past.

They said they felt “so cross with myself for ever watching” it..

They added: “Not watched it since April 2020 and really regret all the times I watched it before then.”

A fourth person tweeted: “Not watched since April 2020 then cancelled my TV licence.”

Another person who said the boycott had started long before this week said they didn’t like the “woke” tone of the Beeb’s reporting.

Asked on Twitter how his new channel was faring in the viewership stakes, he replied: “Well last night at 8pm my show out-rated Sky News and BBC News Channel combined. Next question.”

On its premiere night the new channel attracted 373 complaints over its flagship show Tonight Live with Dan Wootton.

The former executive editor of The Sun newspaper turned chat show host used his new platform to hit out at the Government’s lockdown rules.

His comments came before Boris Johnson announced a four-week delay to the final phase of his plan to lift restrictions.

Ofcom, the media watchdog, said complaints were focused on “comments made during the programme about coronavirus”.

The body declined to provide further details about the nature of concerns raised by viewers.

Mr Wootton said on his show: “Lockdowns are a crude measure.

“Mark my words, in the years to come we will discover they have caused far more deaths and devastation that the Government has ever admitted.

“They should be wiped from the public health playbook forever more.

“But tragically, the doomsday scientists and public health officials have taken control.

“They are addicted to the power and the Government has satisfied its 15-month long, never-ending, scare campaign has suitably terrified the public into supporting lockdowns.”