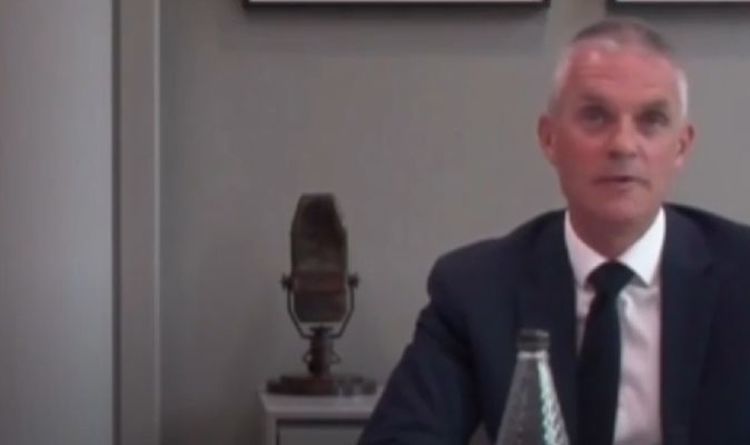 BBC Director-General Tim Davie has been called on by MPs to answer claims that the broadcaster schemed to prevent GB News from joining other outlets in the UK media pool. Mr Davie was giving evidence to the Digital, Culture, Media and Sport Committee when the discussion turned to claims the BBC looked to prevent Andrew Neil‘s new TV channel from accessing footage under the “pool” system which includes the stations such as ITN and Sky News.

Mr Davie told the committee of MPs: “There is no decision to exclude we are very happy for them to join.

“There is the international pool and the UK pool.

“On the UK pool that is contributions from ITN, Sky and us ourselves.

“I would be very happy for them to join of course if you join a pool you have to get into negotiations over what gets contributed fairly by the parties involved.

“We are very very happy to get involved in that conversation.”

He added: “Sorry if I could be clear on my words we are very happy to get on with it and see if we can make it work.

“There is no objection at all from our side.”

“Is the issue the fact that you don’t think they actually going to contribute anything to the pool, ” quizzed Julian Knight MP.

The veteran broadcaster said the GB News would “expose the growing promotion of cancel culture.”

Mr Neil added the new station would cover “the stories that matter to you and those that have been neglected.

He went to promise the news outlet would promote “a huge range of voices that reflect the views and values of our United Kingdom”.