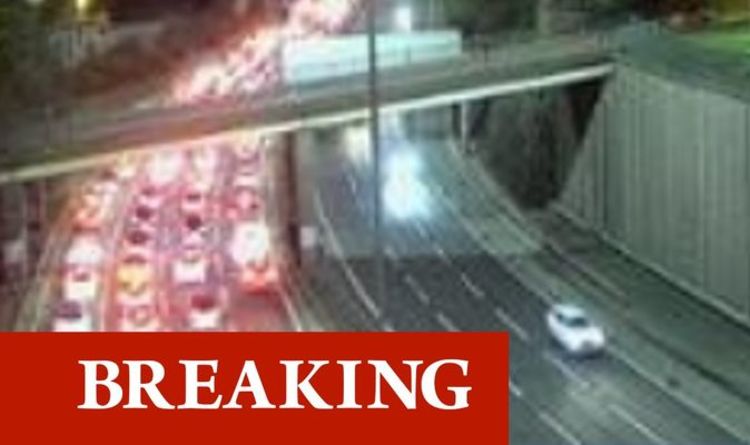 According to reports, junctions 14 and 15 of the motorway have been closed following the discovery of a suspicious package found within a premises on Milnbank Street in Glasgow. The bomb squad has been contacted and the premises has been evacuated.

They tweeted: “Officers are in attendance following a report of a suspicious package found within a premises on Milnbank St in Glasgow.

“EOD have been contacted.

“The premises has been evacuated, a cordon has been put in place and the M8 has been closed between junction 14 and junction 15.”

Road Police Scotland also urged people to avoid the area due to the ongoing incident.

They tweeted: “Due to an ongoing incident the #M8 is currently CLOSED between #J12 and #J15 westbound and #J15 to #J13 eastbound.

“Congestion to significant congestion throughout the area as people try to avoid the closure.

“Westbound M8 queues are back to J8 (Easterhouse), Eastbound is queuing back to J26 (Hillington).

“There are also delays on the southbound M80 back to J2 Bishopbriggs.”

Scottish Greens councillor, Kim Long, said there were ab out six buses in a row “not going anywhere”.

She tweeted: “Accident on Alexandra Parade (not sure what happened, I’m just walking past), 6 buses in a row not going anywhere.

“Police are there and directing traffic but avoid the area if you can.”