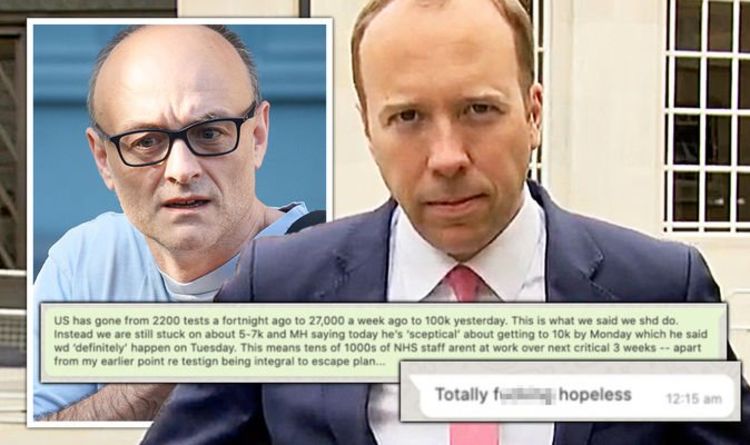 In a further attack against Mr Hancock, the Prime Minister’s former adviser released a screengrab from a message to Boris Johnson.

Mr Cummings claimed this would mean NHS staff would be away from work over a critical juncture in the UK’s fight against Covid.

In response, the Prime Minister is alleged to have said: “Totally f*****g hopeless.”