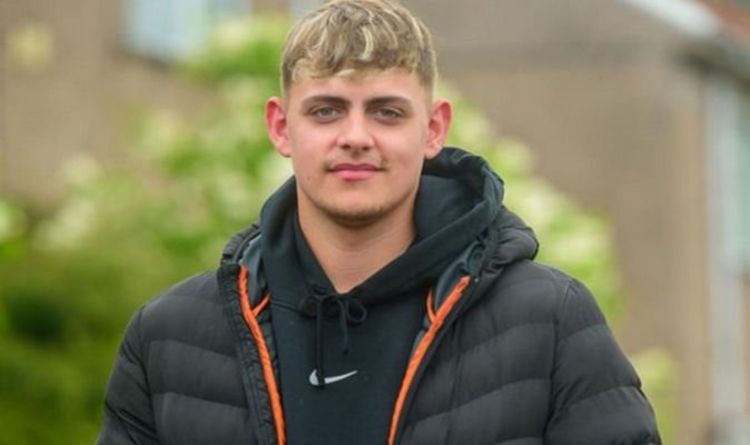 The brave teenager was walking home from his local shop in Baglan, Neath Port Talbot, on Thursday afternoon when he saw smoke billowing from one of the houses. A PCSO had kicked down one of the doors in to enter the house, but the smoke was too thick. When he realised there was somebody trapped inside, Marcus decided to try to enter the property himself.

Marcus told WalesOnline: “I went to the shop and as I was walking back I saw smoke coming from this house’s chimney.

“The PSCO had already called the fire service and had tried to get in himself but the smoke was just too intense. I thought it would take a few minutes for help to arrive so I decided to try and get in because I could hear the woman coughing inside.

“The first time, I couldn’t manage it – the smoke was too much. So, I had to come back out and have a breather. I then went back in to get her. She was lying by the back door and by this point she was unconscious, but thankfully I was able to bring her out.”

READ MORE:Labour has ‘no way back’ as Brexit ‘exposes party’s contempt of voters

Team Ruby, a local charity based in Port Talbot which raises money for good causes, has already presented Marcus with a cash reward. Marcus said that the charity “helped out a lot when mum was still with us. They supported the family and raised money when she was ill.”

In a Facebook post a charity spokesperson said: “Team Ruby has presented Marcus Evans age 19 from Baglan with a cash reward after he courageously entered a house fire in Church Rd on Thursday night.

“Marcus entered the house twice after needing to come out for some fresh air before leading an elderly lady to safety after others had been beaten back by the flames.

“The courage and bravery shown from such a young man is inspirational to us all. Well done Marcus we are all so proud of you.”