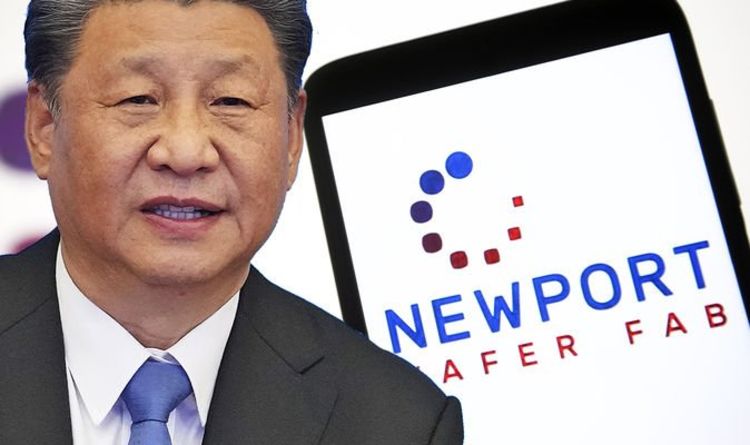 Earlier this week it was announced that Newport Wafer Fab, the UK’s biggest producer of microchips, was being bought by Chinese-owned firm Nexperia for around £67m. Nexperia is based in Holland but is wholly owned by Chinese tech firm Wingtech.

News of the proposed acquisition raised eyebrows among many over claims it could give Xi Jinping’s communist state too much influence over the UK.

It comes after technology made by Chinese firm Huawei began being withdrawn from the UK’s 5G network over national security worries.

On Monday Tory MP Tom Tugendhat raised concerns about the sale of the firm – which employs 450 people at its south Wales site.

The chairman of the Foreign Affairs Select Committee said that he would be very surprised if the deal was not reviewed under the National Security and Investment Act – new legislation brought in to protect key national assets from foreign takeover.

“We have been in close contact with Newport Wafer Fab but we’re not able to comment on the detail of commercial transactions or national security assessments but we have considered this matter thoroughly.”

A Welsh Government spokesman said: “The compound semiconductor technology sector will be at the heart of the next industrial revolution and is of vital importance to the Welsh economy.

“That’s why we made an investment to save this strategically-important facility nearly four years ago.

“This announcement will secure 400 jobs and will see a further significant investment being made in the facility including in new equipment to grow the business.

“As part of this, the Welsh Government will recover its initial investment plus interest.

“Issues of Chinese ownership are a matter for the UK Government.”

Achim Kempe, Nexperia’s chief operations officer, said: “We are very excited to include Newport as part of our global manufacturing footprint.

“The Newport facility has a very skilled operational team and has a crucial role to play to ensure continuity of operations.

“We look forward to building a future together.”