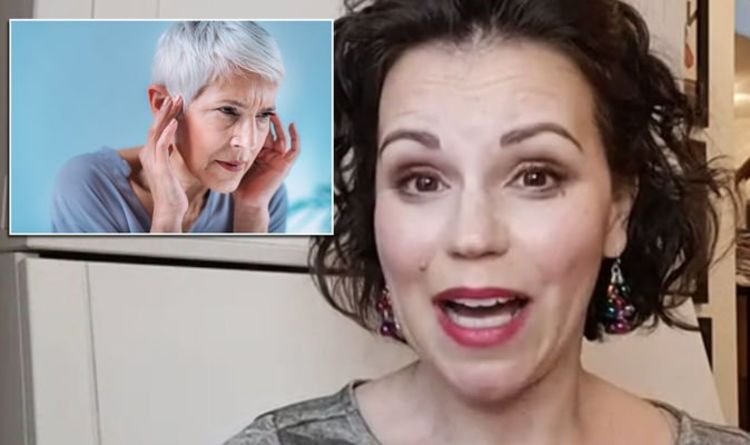 GP Dr Philippa Kaye appeared on This Morning to discuss tinnitus, a condition that affects around 10 percent of the UK population. The condition has a number of celebrity sufferers including Keanu Reeves, Eric Clapton, Chris Martin and This Morning co-host Phillip Schofield. During the interview Schofield detailed when he had developed the condition. According to the presenter it happened when he “was sitting in the car”. He continued: “I was going over a bridge and I couldn’t figure out what it was. I waited for days for it to go away, and it never did, then I went to the doctor who said it was tinnitus.”

Schofield considers himself lucky that he doesn’t have a severe form of the condition: “Thankfully it’s not too severe, it’s a nuisance…..I hear it when I’m lying in bed at night, it’s not thankfully debilitating.”

But what exactly is tinnitus? Are there different noises and what can people do to manage it if they have it?

Dr Philippa Kaye was on hand to explain: “Tinnitus is when you hear a sound but there’s no external source for that sound. The sound is coming from inside your head and nobody else can hear it.”

You might be in a completely silent room then, with no possible way for any noise to be made, but still hear the noise.

The noise in question is most often a ringing sound.

This is the “most common” form of tinnitus according to Dr Kaye.

Other sounds include a sound that combines a whooshing and a vacuum or, in the elderly, music.

Some even have a combination of whooshing and ringing.

The sound you hear then isn’t uniform and neither is the intensity.

Dr Kaye said on the programme that “it can be spectacularly intrusive, and it can really really affect people’s lives”.

Whilst for many, tinnitus is permanent, but there are ways to manage it.

The quieter a room is, the louder the tinnitus will be, so Dr Kaye recommends that you “have some background, low level noise, [that] can help tune out the noise of the tinnitus”.

This includes low level music, a fan in the summer, a heater in the winter or finding some noise tracks online.

As tinnitus is common there are plenty of support groups and therapy options that you can attend to get advice and support from others with tinnitus.

Tinnitus also gets worse with stress, so trying to stay relaxed will reduce its impact.

Tinnitus can be caused by prolonged exposure to loud noises, it’s why some singers have it, so if you’re going to a particularly noisy nightclub, ear protection is recommended.

Some party goers will experience tinnitus once they leave the venue, but this is often temporary.

If your tinnitus has been caused by a medical condition, it may be possible to relieve it by treating that underlying condition.

The important thing to remember is that whilst tinnitus can be a difficult condition to live with at times, you will not be alone in hearing more than just jingle bells this Christmas time.

Supplements: The vitamin that may ‘significantly’ raise cancer risk when taken ‘long term’