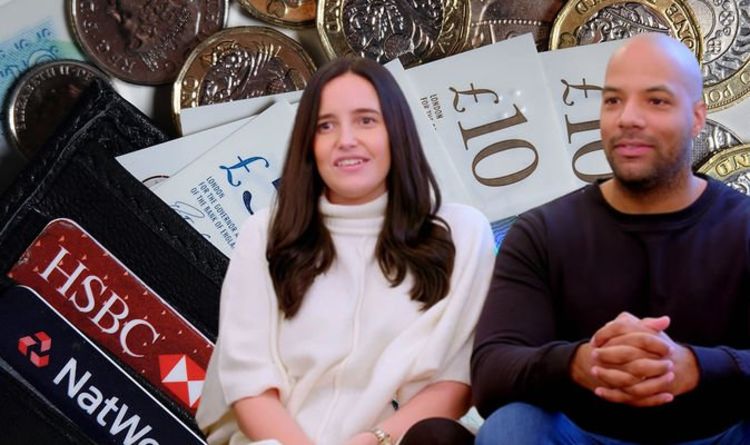 Channel 4 viewers were left ‘annoyed’ by tonight’s episode of How To Save a Grand in 24 Hours which saw the programme unveil a family-of-fours shopping habits. The programme revealed that parents Aaron and Kayleigh Reid rack up a huge £1,000 a month on their grocery and take away bill and £900 on online shopping.

The pandemic has forced many Britons to rethink their spending habits after many lost their jobs and others placed on furlough.

Engineer Aaron and hairdresser Kayleigh, who have been together for 17 years, are both self-employed.

Due to the coronavirus pandemic, they’ve been living off Aaron’s income as Kayleigh was forced out of work during the lockdowns.

However, the programme revealed that the couple were still spending money as if they were bringing home two incomes.

This caused Aaron and Kayleigh to be more tempted by takeaways due to the overwhelming amount of packet food in the cupboards.

When it came to their food shopping spends, chef Gary Usher offered his advice on how to save money when shopping for groceries.

He worked out that the family were spending a whopping £250 a year on packet rice alone.

He urged the couples to buy frozen vegetables because they tend to be cheaper and just as nutritious.

One viewer Tweeted: “I’m so annoyed at this, I can barely afford one takeaway a month.”

Anna revealed that the tweaks have saved the family £668 on their food bill each month.

Kayleigh said: “If just shows when you look at it and break it down, how a few small actions can make a difference.”

Amazon issues warning to all customers! Ignoring this advice puts your account at risk

Amazon issues warning to all customers! Ignoring this advice puts your...