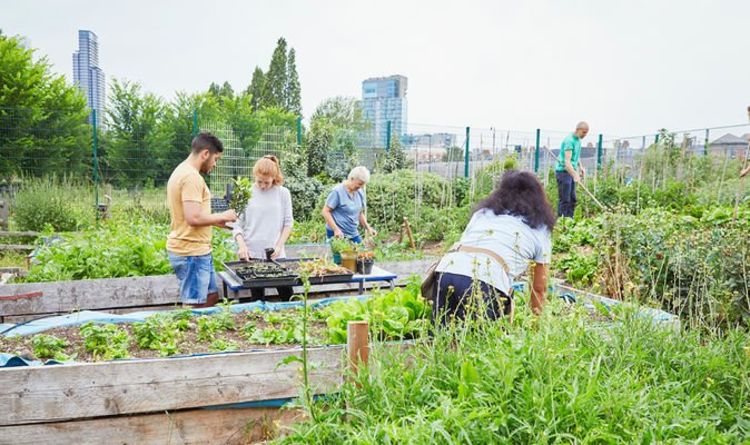 As a result of the discovery, the local council has been accused of taking measures which are too drastic after finding lead in the ground. Town Hall representatives claimed that there were “higher than expected levels” detected, making the ground unsuitable for growing vegetables.

Camden Council now has plans to install cages full of ricks to decontaminate the land at the Antrim Grove allotments in Belsize Park, London.

To do this, all greenery will need to be removed and a nearby playground closed to give access to workers – disruptions which have left locals outraged.

Speaking to the Camden New Journal, Tamara Cincik, who waited 20 years to get an allotment plot after growing up in a council flat, said: “For some of the children this is their only green space locally, it’s a green lung.

“The council’s plan will mean the loss of this precious wildlife and greenery, and for many children the prolonged closure of their only local playground.”

She added that she has grown and eaten “tonnes” of vegetables during the 16 years she has had her allotment.

Ms Cincik said: “One plot holder is 93, he’s eaten vegetables from the allotment his whole life and he’s great.”

Adrien Dubuis spent £200 getting his godmother’s vegetables from the allotment tested privately.

He said: “I sent some radishes and lettuce for testing from two separate plots.

Ms Cincik feels raising beds would be a better solution as, despite this being more costly, it would preserve the area’s wildlife.

She said: “I’m asking the council to be accountable to the people, the children and the environment.”

A Camden Council spokesperson said: “The safety of allotment users is our priority. To ensure the site is safe, we plan to fix a permanent covering over the contaminated land and create a clean layer of soil over this that can be used for allotments. We will continue to discuss options and choices with plot holders and keep them informed as this work progresses.”