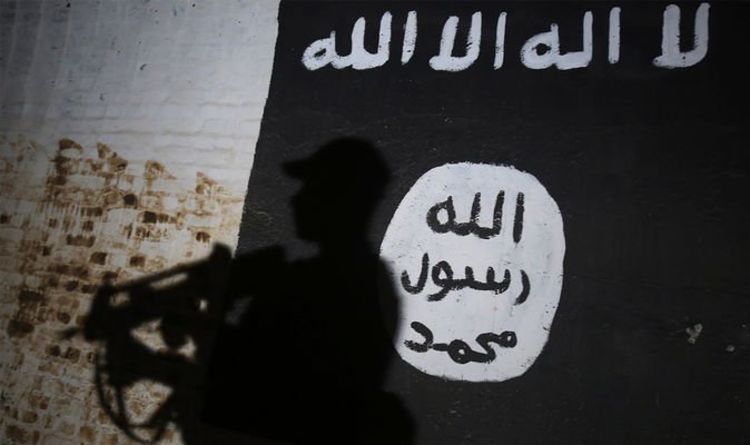 From 2014 estimated 900 British citizens went to join the ISIS terror group in Syria and Iraq. Some have been attempting to return home after the group’s self-styled ‘Caliphate’ was crushed by Iraqi, Kurdish and western forces.

However Liam Duffy, a strategic advisor to the Counter Extremism Project (CEP), argued we must focus on the victims of ISIS like the Yazidi community.

The Yazidis, a small religious group concentrated in Iraq who practice a pre-Islamic faith, were brutally oppressed when the Sinjar region fell to ISIS in 2014.

Thousands of men and older women were murdered whilst the younger women were taken away to be sold as sex slaves.

ISIS boasted about this treatment in propaganda they posted online.

Speaking to Express.co.uk Mr Duffy hit out at the “celebritisation” of western ISIS recruits.

He contrasted “the plight of the Yazidis and the situation they’re living in now” with “westerners who joined ISIS, who in some cases are living in much more comfortable conditions than their victims”.

Mr Duffy added: “I just wish as much attention was given to the people they tormented as to the tormenters.

Many Yazidi’s are still living in refugee camps years after they were first forced to flee.

This covers the attitude of western ISIS volunteers towards the persecution of the Yazidi community.

According to Mr Duffy ISIS were very deliberate in their treatment of the Yazidis.

He commented: “ISIS, before they attacked Sinjar, put a lot of time and effort into understanding scripturally according to their ideology and their religious doctrine how were they to treat Yazidis.

“And the answer they came up with is they were polytheists, they practiced a pre-Islamic faith, so on judgement day, when the apocalypse comes they will be made to answer for the existence of the Yazidis.

“It absolutely was a genocide because they attempted to wipe them off the face of the Earth.

According to Lord David Pannick QC of the UK ISIS volunteers around 40 percent have returned to the UK, 20 percent were killed in battle whilst the rest are still in Syria and Iraq.