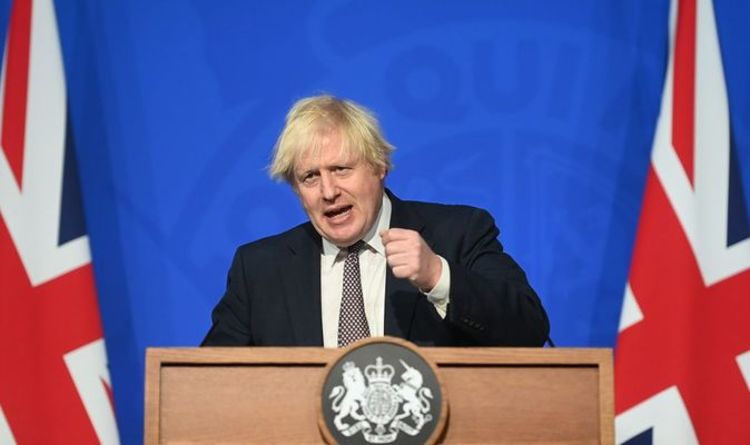 The new regulations, passed by the Commons on Tuesday, will require people to self-isolate for 10 days if they come into contact with someone who has the Omicron variant or risk a fine of up to £10,000 – even if they are fully vaccinated. The new rules on self-isolation have been enshrined in law until March 24, even though there is no evidence that suggests Omicron is more dangerous than previous variants.

The move has left the 33 Tory MPs, including former Conservative cabinet ministers Greg Clark, Jeremy Wright, and Esther McVey, as well as Mark Harper, the former chief whip up in the arms as they warned that the rules could lead to a new “pingdemic”.

Officials also raised concerns that fear of staying indoors for 10 days could hamper the new booster programme and may prevent people from socialising.

Christopher Chope, the Conservative MP, claimed the regulations were “part of a scaremongering propaganda campaign that is really designed to restrict or stop interaction between social animals”.

The Government, however, has said it will review the self-isolation rules in three weeks.

Dr Jenny Harries, the chief executive of the UK Health Security Agency, suggested that people should avoid socialising in the run-up to Christmas sparking suspicion among Tory MPs that further restrictions were likely.

However, Boris Johnson and Downing Street distanced themselves from the senior health adviser’s remarks, insisting they did not represent the Government’s policy.

During the press conference, the Prime Minister announced that he wanted all adults to be offered a booster jab by the end of January.

He also revealed that GPs will be paid more to perform the vaccinations.

Sir Desmond Swayne, another Conservative MP, argued that forcing double vaccinated people to isolate would remove an incentive for getting the booster jab, potentially harming the Government’s campaign to roll out third doses.

In an emotionally charged speech to the Commons, Steve Baker lambasted ministers for “taking away the public’s right to choose what they do” based on evidence that he claimed was “flimsy and uncertain”.

Accusing the Government of adopting a “tunnel vision” approach to restrictions, he said the latest measures raised essential questions about freedom.

“Are we empty vessels, mere autonoma, things to be managed? Or free spirits with a soul, people who deserve the dignity of choice?” he asked.

Sajid Javid, the Health Secretary, said eight new confirmed Omicron cases had been identified in the UK, taking the total to 22.

Of these, nine had been found in Scotland, which Nicola Sturgeon, the First Minister, said were all linked to a single “private event”