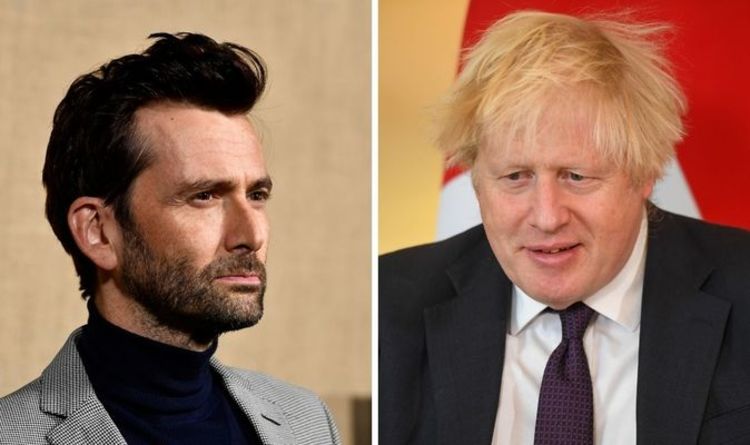 The Scottish actor today made headlines after hitting out at the Government over their plans to force broadcasters to make “distinctively British” TV shows. In September, on his final day as the media and data minister, MP John Whittingdale said he would be proposing that public service broadcasters focus on making British-specific programmes. Mr Whittingdale cited Only Fools and Horses, Fleabag, Derry Girls and Doctor Who as shows that would help Ofcom draw up a definition of ‘Britishness’.

Yet Mr Tennant slammed the Government’s proposal to produce programmes rooted in Britishness.

The actor told Radio Times: “Is there some inherent criticism with this plea for more Britishness?

“Did Britishness mean ‘made in Britain’ or programmes that have a certain political viewpoint?”

Mr Tennant, who starred as The Doctor in hit BBC show Doctor Who between 2005 and 2010, added: “Why should the Government feel they need more sympathy directed towards them?

“Perhaps that’s a question they should ask themselves rather than trying to blame it on the television industry.”

The Scottish actor has long been a vocal supporter of the Labour Party, having appeared in the party’s political broadcast in 2005 and 2010.

He has also been deeply critical of Mr Johnson’s spell as Prime Minister, and last year likened the politician to Koko the Clown amid confusing lockdown regulations.

Mr Cordon, who was speaking from the US at the time of Donald Trump’s controversial presidency, sarcastically replied: “Come and live in America.

“See how you feel about that.”

It was not the first time the Broadchurch actor had compared the county’s politicians to clowns.

He delivered a brutal assessment of Brexit in 2019 in which he described the UK’s decision to leave the bloc as a “suicidal path” led by “foppish clowns holding the Government to ransom.”

Mr Tennant also complained that people who wanted to “consider other options” were branded traitors.

In an interview with The Observer Mr Tennant was asked what he made of “the Brexit s***show”.

The actor replied: “It can’t be described as anything else, can it?

“I don’t know what’s going on or what the situation is,  which could be fine if I felt like someone else did.

“It’s like we’re careering down a suicidal path and if you even suggest taking stock or considering other options people scream ‘heretic!’ and ‘traitor!’.

“Foppish clowns who we wouldn’t normally listen to for a second have suddenly become imbued with this extraordinary status and are holding the Government to ransom.

“None of it makes sense, but that seems to be the political situation across the world right now.”