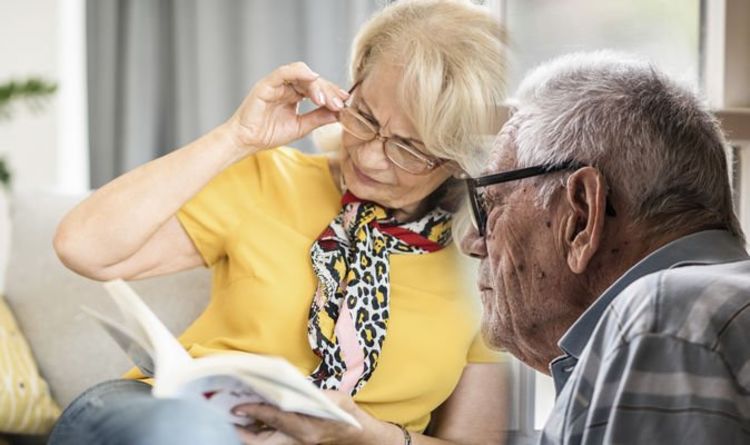 Dementia is a general term for the impaired ability to remember, think, or make decisions that interferes with doing everyday activities. Alzheimer’s disease is the most common type of dementia although dementia mostly affects older adults, it is not a part of normal ageing. Experiencing these two visual problems could be early warning signs.

“Dementia and sight loss are both more common as you get older. There are many causes of sight loss in people with dementia. Having eye conditions such as cataracts or macular degeneration is common with dementia.

“People with dementia can also have visual difficulties because the dementia affects the parts of their brain that handle visual information coming from the eyes.

“This means they will have visual problems but have healthy eyes.”

Some people with worsening vision start to see things that aren’t there (visual hallucinations) because of their deteriorating sight and not from any other condition, such as dementia, said the Alzheimer’s Society.

The health site continued: “Visual hallucinations are usually caused by damage to the brain.

“They are more common in people with dementia with Lewy bodies and Parkinson’s disease dementia.

“People with Alzheimer’s disease can also have hallucinations.”

Other early warning signs of dementia include:

Bristol weather: Sunny weather ahead as temperatures soar above Zagreb at weekend

High cholesterol symptoms: The warning sign that appears ‘most often near the nose’

Bristol weather: Sunny weather ahead as temperatures soar above Zagreb at...

High cholesterol symptoms: The warning sign that appears ‘most often near...

Bristol weather: Sunny weather ahead as temperatures soar above Zagreb at...

High cholesterol symptoms: The warning sign that appears ‘most often near...