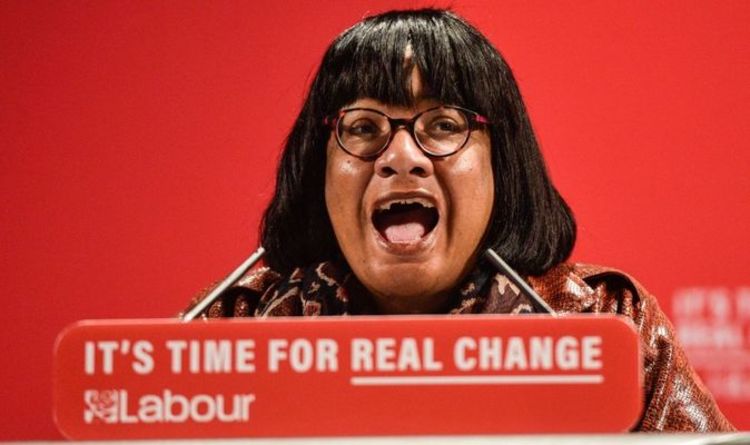 The former shadow home secretary, notorious for her gaffes, completely ignored the fact that the result was the worst Labour experienced in decades. And the MP for Hackney swept aside the fact that it demolished her party’s previously invincible “red wall” to help Boris Johnson’s Tories romp home to an 80-seat majority.

It also led to Mr Corbyn announcing his resignation as Labour leader.

Instead she claimed the current Labour leader’s attempt to make his party electable again following five years under Mr Corbyn was the precise reason he failed.

A wiser option would have been to stick stubbornly to Mr Corbyn’s hard-left mantra because it was “popular” with voters, she claimed.

She told Sophy Ridge on Sunday: “I think we need to be building on the policies in the 2019 manifesto, many of which were forward-thinking and popular.

“The disaffection in post-industrial Britain long predates Jeremy’s leadership and we have to look at the roots of it.”

Ms Abbott, whose cock-ups are too frequent to list, went on to condemn Mr Starmer for sacking deputy leader Angela Rayner from her role as chairman of the Labour Party.

Ms Rayner was sacked on Saturday from her role as chairman and national campaign coordinator.

She will remain deputy leader because she was elected to that position.

“She didn’t take any of the big decisions around Hartlepool and we’ve not heard anywhere in the country that they didn’t vote Labour because of Angela Rayner.”

She added: “I think it’s puzzling to sack Angela Rayner and it really is unfair.”

Ms Rayner was dismissed after her party lost the Hartlepool by-election – with the North East town voting for a Tory MP for the first time in 60 years.

Ms Abbott described the loss as “distressing” before again reaffirming her belief that following hard-left policies was the way to win votes.

These views are at odds with many people, including from her own party.

New Labour tsar Peter Mandelson slammed Mr Corbyn’s tenure at the helm and said that Mr Starmer needs to reconnect with traditional working class Labour voters if it ever hopes to regain power.

‘Lowest of the low’ Widow, 80, has bag swiped at cemetery as she visits husband’s grave

Drivers could face a £1,000 fine for flashing lights at other...