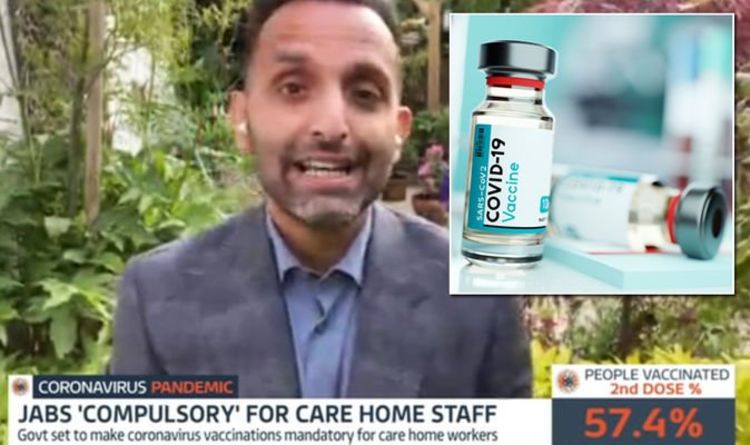 Workers who can prove they are medically exempt from getting the vaccine won’t be affected.

The move also follows a consultation by the Department of Health and Social Care, launched in April, after the government said it had met its target of offering all frontline care workers a first dose of a vaccine.

It said 47 percent of English care homes for older people had more than a fifth of staff yet to take up the vaccine, despite staff at all eligible care homes being offered vaccines, with the vast majority of homes having had repeat visits by vaccine teams.