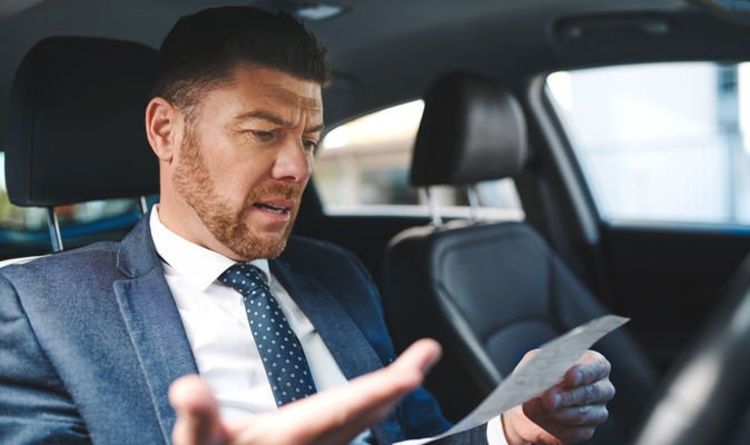 They warn drivers may not think using their phone or sat-nav beyond the wheel is dangerous but this is likely to distract them. The specialists warn drivers should always “pull over” when they begin to feel distracted behind the wheel as this could lead to a safety risk.

The new tougher rules will see drivers face six penalty points and a fine for touching their phone for any reason while driving.

This means drivers will no longer be able to get away with taking photos or videos while behind the wheel.

Experts at LeaseCar confirmed the legal loophole has now been sealed with increased penalties for those who don’t follow the new regulations.

They said: “Using a mobile phone behind the wheel has long been illegal, but updates to the law this year have seen a legal loophole sealed.

“People were able to avoid prosecution when taking photos or videos when driving, but penalties for those caught have been introduced.

“Now, any driver caught holding their phone or satnav whilst driving could receive a £200 fine and six points on their licence.”

The analysis from Tempcover found more than two in five were unaware they could be charged for eating or drinking at the wheel.

The RAC has confirmed police would stop drivers for careless driving while eating if they do not appear to be in control of the vehicle.

This could carry an on-the-spot fine of up to £100 and three penalty points for those caught in the act.

Just like eating, the RAC has wanted drinking is not illegal when behind the wheel.

However, drivers could be issued the same careless driving penalty if they are considered to be distracted.

But drivers could also be issued penalties for not having a drink in hot weather.

This could lead to dehydration which can cause a loss of focus, drowsiness and slower reaction times.