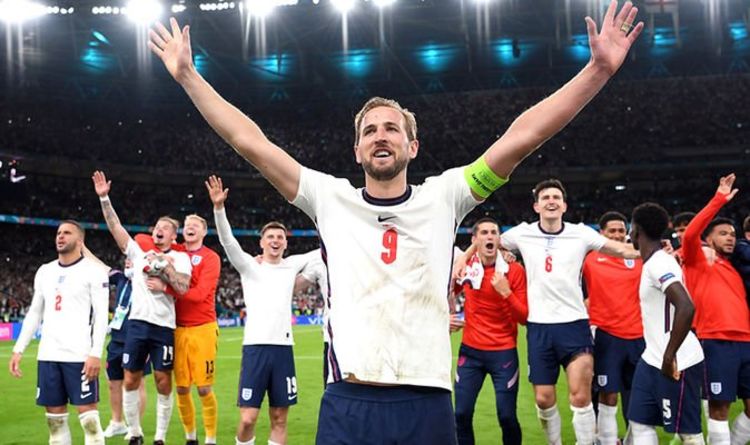 Chancellor Rishi Sunak yesterday said he expects to see an uplift in consumer confidence because of the national team’s success at Euro 2020. The general mood during the Three Lions’ progress to the final on Sunday has spurred Britons to splash their cash since the tournament started four weeks ago. And the spending is set to reach a new level of fever pitch after Wednesday’s 2-1 semi-final win over Denmark at Wembley. Mr Sunak said: “I think the football just adds to it. Consumer confidence has already returned to pre-crisis levels and things that make us feel good are good for the economy.

“Whether there is a bit of extra GDP at the end of it, so be it, that will be great. But I will take the win over that, any day.”

People will spend £180million in hospitality venues for the final against Italy on Sunday, a 12.5 per cent increase from Wednesday’s semi-final, the Centre for Retail Research predicted. They said buoyant supporters will splurge a total of £563million on the day Gareth Southgate’s gladiators aim to win the Euro trophy.

Nearly 45 million people are predicted to tune in for clash from 8pm, with ­£358million set to be spent on snacks and drinks at home.

Anita Naik, of VoucherCodes.co.uk, said: “England reaching the final is going to be a once in a lifetime experience for many people with 44 million fans set to tune in.

“We’ve not seen numbers this high for a sporting event since England lifted the World Cup trophy in 1966.

“After a difficult year, the Euros have provided fans and the economy with a much-needed boost and Sunday’s final game will be no different.”

Millions of people have used pent-up savings to splash out in pubs, supermarkets and stores since England’s Euro bid began amid the easing of Covid restrictions.

Fans will dig deeper into their pockets for England’s first final in 55 years.

The British Beer and Pub Association predicted nearly 13 million pints could be sold on the day of the clash, with 7.1 million of those being sold during the match itself. But it warned that pubs are set to lose out on nearly £9million in beer sales alone because of Covid restrictions.

Emma McClarkin, chief executive of the BBPA, said: “After a 55-year wait, it is incredible to see England reach a tournament final.

“Sadly though, the restrictions still in place on pubs are going to greatly hinder any boost they could have hoped from it.

“Only when the restrictions are removed can our pubs recover, but to do so they need Government investment to build back better.” Those tuning into the action at home are expected to give supermarkets a boost as millions of households tuck into their favourite ­matchday snacks.

Simon Cairns, head of drinks at the Co-op, said the supermarket is expecting a “bumper weekend”.

The chain predicts it will sell an extra one million drinks, more than double their usual sales.

Mr Cairns said: “If Wednesday is anything go by, those sales will be dominated by beer and cider. And in a nod to our Italian opponents we are expecting to see some bumper sales of things like Prosecco – a quarter of a million bottles we’re expecting to sell between now and the end of Sunday.”

The British Independent Retailers Association hopes millions will flock to smaller stores to pick up flags, face paint and snacks for the game.

Chief executive Andrew Goodacre said the Three Lions have shown resilience, determination and creativity to get this far, adding: “These are strengths that will resonate with independent retailers.”

He said: “The England football team continues to raise the spirits of the country and we now look forward to the final.

“It is fantastic to see all the great support for the footballers and we look ­forward to shoppers visiting the independent shops to buy all they need to celebrate on Sunday.”

He said: “If a victory coalesces with a broader feelgood factor, it could boost consumer sentiment.

“UK households have a lot of pent-up savings due to the pandemic.

“Winning the final, along with lots of other things – like reopening, the easing of restrictions – could help unlock many ­billions of pounds worth of additional spending.”

When is Christmas Jumper Day 2021: Everything you need to know about when it is and how to take part