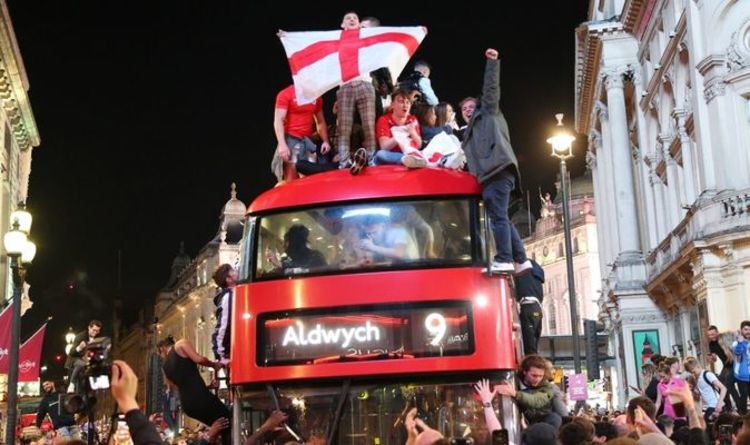 Yesterday, football fans all across the nation couldn’t believe their eyes when their dreams became a reality. The Three Lions reached their first final at a major tournament since the 1966 World Cup.

England secured a spot in the Euro 2020 final with the dramatic 2-1 win at Wembley.

Speaking during BBC Newsnight, Stephen Bush, political editor for the New Statesman, said this historic achievement will have a lasting effect on the nation.

“This will live in the memory as when England felt optimistic about itself,” he said.

Mr Bush said that Covid restrictions easing and people being able to celebrate together adds to this.

Fans were out in numbers to celebrate England’s victory over Denmark.

While celebrating, many demanded a knighthood for Gareth Southgate, the England coach who guided the team to victory.

Royals also celebrated the England victory, and the Duke of Cambridge was in attendance.

“The whole country will be behind you on Sunday #It’sComingHome.”

“Tonight @England played their hearts out. What a fantastic performance from Gareth Southgate’s squad,” he wrote.

“Now to the final. Let’s bring it home.”