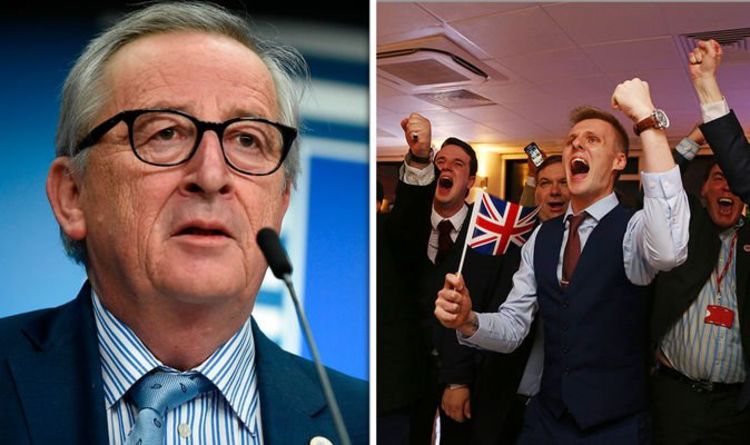 The European Commission’s Vice-President has rejected claims that the EU is using Northern Ireland to punish the UK for Brexit after a senior politician accused the bloc’s actions of having a “devastating impact” on the region. Earlier this month, DUP leader Edwin Poots told the BBC’s Andrew Marr Show that Northern Ireland was being used as a “plaything” by Europe in a political battle between the EU and the UK. Mr Poots said Westminster had grounds to trigger Article 16 of the protocol, which would allow either side to suspend parts of the agreement, due to “economic and societal damage”.

He added: “We have violence on our streets in Northern Ireland, which hasn’t been the case for years, and that’s on the back of this Protocol.”

However, Maros Sefcovic firmly rejected Mr Poots’ claims, arguing that the bloc searched for four years for the “best solution to the very sensitive situation in Northern Ireland”.

Ever since Britain voted to leave in 2016, Brexiteers have accused Brussels of wanting to harm the UK as a deterrent to other countries that might have been thinking of getting out.

And their concerns do not appear to be completely unfounded.

Before the June 23 referendum, senior European bureaucrats produced an internal nine-page non-paper of measures that were planned to be so harsh that “no other member state would ever dare to quit the EU”.

The “revenge list” was prepared in total secrecy, under orders from the highest levels of the Commission.

Referring to former Prime Minister David Cameron’s tactic of using the threat of Brexit to bring EU reform, an Irish official said: “Cameron thinks he can play hardball with the EU – well the EU is going to hit him hard.

“We got the idea after binge-watching House of Cards on Netflix.”

The executive was also planning a multi-million euro propaganda war to story up to its shaken foundations and reassert the European project.

The working slogan for the media blitz was “EU: Better off without the Brits.”

“It will hurt the eurozone, yes.

“But you can’t underestimate the good feeling about the EU this will create.”

The European Commission has a policy of not commenting on leaks.

However, at the time, officials stressed that the revenge list was a draft internal document.

“But it is no secret that political will for this exists.”

Against all odds, Britain and the EU reached a post-Brexit trade deal in December last year – after almost nine months of fraught negotiations.

Announced on Christmas Eve, Prime Minister Boris Johnson described it as a “jumbo Canada-style” deal and declared: “All our red lines about returning sovereignty have been achieved.

“Everything that the British public were promised during the 2016 referendum and in the general election last year is delivered by this deal.”