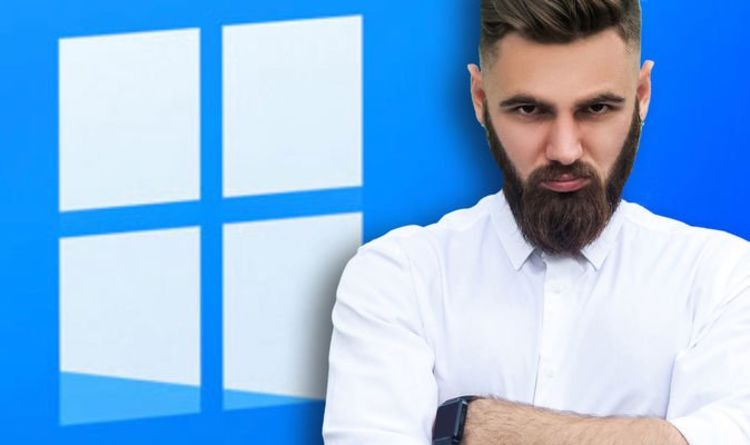 Microsoft is holding a global event next week with the firm expected to take the wraps off its all-new Windows 11 operating system. This massive upgrade, which looks set to be revealed on June 24, has taken many by surprise as the Redmond firm promised back in 2015 that Windows 10 would be its final operating system. That’s clearly not now the case with Microsoft recently confirming that Windows 10 support will actually end in 2025.

That paves the way for Windows 11 but it seems some are already unhappy with the changes despite Microsoft not revealing all for another week. Like almost all tech launches, the US technology giant appears to be struggling to keep things secret with a number of leaks suddenly appearing online.

The most comprehensive leak of all comes courtesy of The Verge’s Tom Warren who has posted a number of videos and screenshots of how Windows 11 could look. The content, uploaded to Twitter, shows the refreshed design with an updated start menu, soft round corners on boxes, a change to the desktop pattern and even a brand-new sound when users boot up their PC.

Since the posts went live, Millions of Windows fans have rushed to check out what’s new, but it seems many have been left hugely unimpressed.

“This….. is just garbage design,” said one user. Whilst another added: “It looks just so bland and boring, and multiple steps backwards from what is in Windows 10.”

Some of the complaints revolve around Microsoft appearing to move the famous Start Menu from the side to the middle of the screen.

This has left some scratching their heads at the decision with one user tweeting, “The Start icon has been in the same spot on the screen for a quarter century and works fine – let’s move it over a few inches for no reason!”

This change has also got Windows 10 users hot under the collar as it looks a little bit like Apple’s macOS operating system.

“If I wanted a Mac look I’d buy a Mac and I definitely don’t want a Mac. Terrible,” an angry fan said on Twitter.

Whilst another added: “Why are they trying to make it look like a Mac that’s the one thing windows isn’t supposed to look like.”

Full details on Windows 11 should be revealed at Microsoft’s event next Thursday and it’s already looking set to divide opinion.

The high-profile keynote was revealed by the official Windows Twitter account, and comes after Microsoft CEO Satya Nadella teased the “next generation” of the OS is coming.

Back in May, Nadella said: “Soon we will share one of the most significant updates to Windows of the past decade to unlock greater economic opportunity for developers and creators.

“I’ve been self-hosting it over the past several months, and I’m incredibly excited about the next generation of Windows. We look forward to sharing more very soon.”

Express.co.uk will bring you all of the news from Microsoft’s showcase on June 24 so watch this space.

Things will kick off at 4pm BST with Microsoft live streaming the showcase on the web with the firm currently teasing, “Join us to see what’s next for Windows.”

Bristol poet Malizah’s powerful words on having a voice, vision and values

Jury out in case of man charged with riot at Kill...

Bristol poet Malizah’s powerful words on having a voice, vision and...