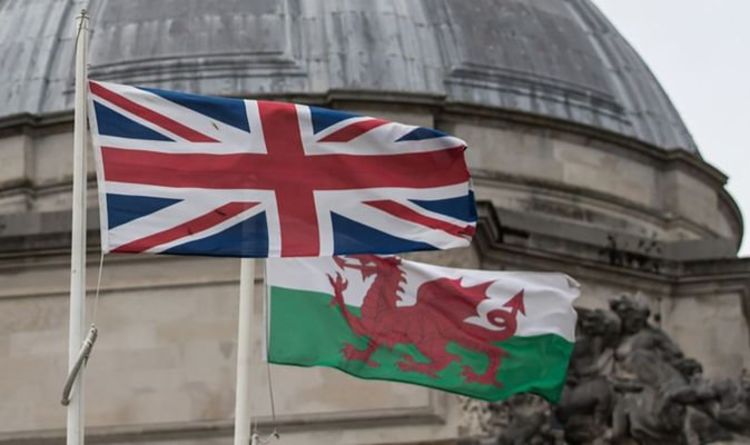 New UK Government guidelines, which were announced in March, state all council buildings in England, Wales and Scotland must fly the flag every day. The move was largely praised, with Tory Oliver Dowden MP calling it “a proud reminder of our history and the ties that bind us.” UK Government’s Local Government Secretary, Robert Jenrick MP, said the flags would represent “our local and national identity.”

However, Gwynedd Council in north Wales has said it will not comply with “any Westminster dictate” after further backlashes in the rest of Wales and in Scotland.

During a council meeting on Thursday, the politician said Siambr Dafydd Orwig in Caernarfon and other government buildings will continue to fly y Ddraig Goch (Red Dragon) instead.

The Llais Gwynedd leader added: “I am unwilling to see us accept this and feel we should express our unhappiness at what’s been proposed.

“This is only a small part of Westminster’s plan to undermine our nationhood and our identity, I ask that the council contacts the UK Prime Minister’s office and seek an apology for besmirching our nation.”

Last week, a petition against plans to emblazon a huge Union Jack across Wales’ UK Government hub in Cardiff were condemned.

And many also disagree with Cllr Williams, describing his opposition to Westminster as “pathetic”.

Writing on Facebook, one man said: “It’s pathetic. We should all be a part of the United Kingdom, once known as Great Britain. Look after the UK.”

Another shared: “They want the money from central goverment. If you want to go alone without central money, then do it – then don’t fly the flag, that’s fine but can’t expect the government’s money and not accept that Wales is part of the UK.”

A third posted: “We are still all apart of the UK so just put both flags up.”

During the council meeting, portfolio holder Nia Jeffreys, of Plaid Cymru, said: “There have been guidelines and encouragement issued to fly the union flag, but we are responsible for our own flag policy.

“Recently there were calls for a UK day with schools to join in a song glorifying the union and the strength of the union.

“I’m thankful to the Football Association of Wales for coming up with the idea, on the same day, for children to sing Hen Wlad fy Nhadau with schools across Gwynedd joining in after being encouraged by our education department.

“I believe we’re doing all we can as a council to promote our culture and Welsh nationhood.”

Speaking after the meeting, Cllr Jeffreys added: “In Gwynedd we celebrate our Welsh identity at every opportunity.

“We fly Y Ddraig Goch proudly on all our council buildings and no dictate from Westminster or anywhere else will change that.”