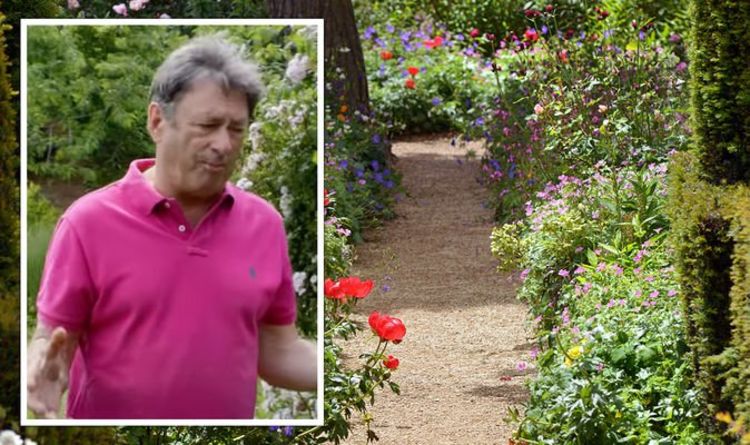 Alan Titchmarsh, known for presenting Love Your Garden and Gardeners’ World, has offered avid gardeners advice on how to maintain their gardens. Speaking on a gardening YouTube video, the expert shared his tips and tricks on how to get the garden summer ready.

The goal is to remove any unwanted or dead branches, leaves or petals to improve the structure and encourage healthy growth.

When it comes to pruning, Alan advised gardeners to know when their shrubs flower.

He said: “If it blooms in early spring, it has flowered on wood that’s grown last year and it’s this older wood that you need to take out now.”

For summer flowering shrubs, Alan recommended cutting them in February and March.

The next step is to weed the borders.

Weeding is necessary because weeds compete with the main crop for water, sunlight and nutrients as well as space.

Some weeds can also release chemicals that are harmful to surrounding plants.

Alan said: “Now, once your border plants are fattened up and covered the ground, there’s hardly any room for weeds to grow, but until they have, you’ve got to keep that bare soil clean and a little hole like this skimmed across the surface will chop up and you’ll weeds will separate the roots on the chute and they’ll fry in the sun.”

He added: “It’s not nearly as boring as you might think.”

The Royal Horticultural Society (RHS) also recommended removing as many weed roots as possible by forking.

The website reads: “Remove as many roots by forking as possible. Pernicious problems such as ground elder, bindweed and creeping buttercup may require chemical control.

“Prepare the border for plantain and leave until spring or when regrowth appears. Fork through to remove further roots or spry the foliage with a glyphosate-based herbicide such as Roundup.

“Only when there has been a period of several weeks during growing season (March-September) with no weed growth can replanting begin.”