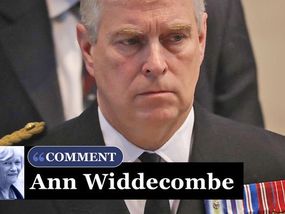 In all the invective directed against Prince Andrew, there appears to be a remarkable absence of any recognition of the principle of innocent until proved guilty. That he had a profoundly ill-advised friendship with a sexual predator in the form of Jeffery Epstein is undeniable and undenied but he is not the only public figure who has been friendly with someone later revealed as a paedophile.

Gmail and Outlook alert: This nasty new email scam is tricking people – DON’T be next

Some BT and Sky broadband users get ultimate upgrade, are you one of the lucky ones?

The man in the shadows: Who is Eddy Jennings? Joey Barton’s...