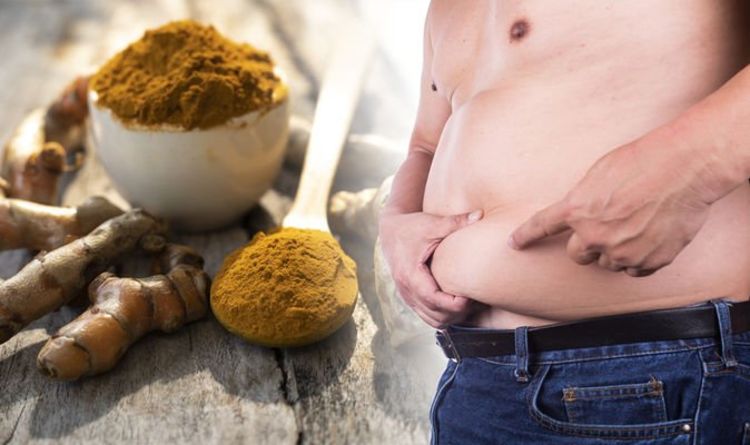 Visceral fat is found inside your abdominal cavity. Carrying too much visceral fat is extremely harmful. It’s linked to a higher risk of type 2 diabetes, insulin resistance, heart disease and even certain cancers. Fortunately, there are a few diets, foods and spices which are known for their visceral fat loss abilities including the power of ginger.

One study which targeted women with obesity saw those who took two one gram tablets of powdered ginger per day for 12 weeks showed a significant belly fat loss.

The group who took the ginger extract also experienced significantly decreased appetite and body measurements compared with those who took a placebo.

In a study published in the US National Library of Medicine National Institutes of Health, the effects of ginger intake on weight loss in overweight and obese subjects was analysed.

The study noted: “This systematic review and meta-analysis of randomized controlled trials (RCTs) was performed to summarize the effect of ginger intake on weight loss, glycaemic control and lipid profiles among overweight and obese subjects.

The study showed that supplementing with ginger significantly decreased both body weight and belly fat.

Other studies have found that taking ginger had a small beneficial effect compared with a placebo in decreasing body mass index (BMI) and increasing markers of blood sugar control in women with obesity.

A review looked at the effects of ginger consumption as a powder in a person’s morning hot beverage in the morning.

The participants experienced reduced feelings of hunger and enhanced thermogenesis, or heat production from calorie burning.

The review showed the potential role of ginger as an effective weight management practice.

Overall, it was found that ginger intake reduced the participants’ body weight, waist-to-hip ratio, and some markers that reflected blood glucose metabolism.

Chop up a piece of ginger the size of a person’s little finger.

Simmer for five to 10 minutes, then strain before drinking.

People that prefer the convenience of supplements or do not like the taste of ginger can also take ginger supplements in capsule form.