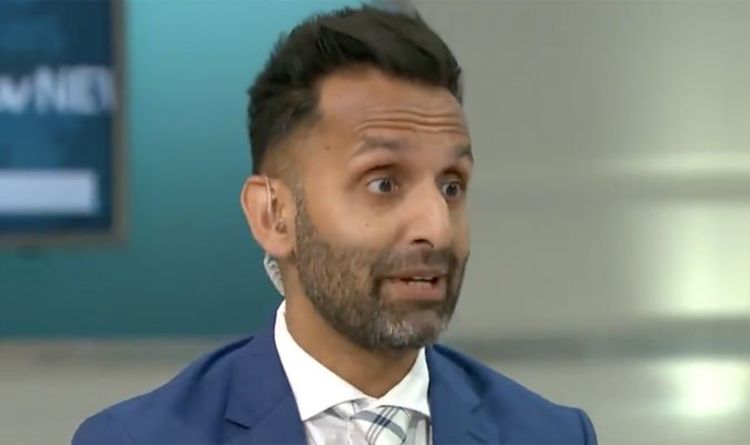 Dr Amir Khan issued a blunt health warning ahead of Sunday’s Euro 2020 final match between England and Italy. Dr Khan told Good Morning Britain that he is “very worried” about a spike in coronavirus cases as a number of Italian fans prepare to enter the country. The health expert said that 1,000 Italian fans were arriving “without the necessary quarantine period”.

Approximately 1,000 Italian fans will fly into London for the Wembley game as ministers relax rules to let supporters in.

Italy has seen Covid cases picking up, and epidemiologists in both countries warn that the Euro 2020 might fuel its spread among younger mainly male adults.

“But with lots of people coming over without the necessary quarantine period, I’m very worried about it.”

JUST IN: EU cracks down on German car makers with €875m fine

Dr Khan added: “Lots of scientists and doctors and the wider public will be very worried about it.

“Italy does have very high rates of Covid. Not as high as ours in terms of the Delta variant.

“But we know borders are one of our weak points. We need to tighten up rather than ease things at the moment.

“We know numbers rose after the Scotland game and I suspect we will see cases rise similarly after Wednesday and this weekend.”

He said: “It’s that demographic, those football-loving, male, predominantly, individuals of a particular age group that we’re now seeing a surge in.”

The arrival of Italian fans comes after the UK Government agreed with UEFA earlier this week that the ticketholders could go to the match at Wembley without needing to self-isolate.

However, there is growing concern over health after three Italian sports pundits recently tested positive for the disease.