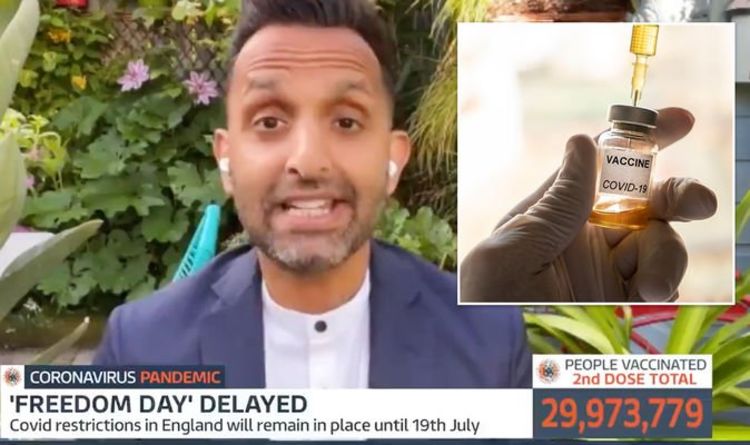 But appearing on ITV’s Good Morning Britain on Tuesday, Dr Amir Khan exclaimed more needs to be done over the next four weeks.

“It is disappointing that for a lot of people that ‘freedom day’, the restrictions, have been delayed for another four weeks,” he began.

“It does give the NHS time to vaccinate around nine million more people offering both jabs to two thirds of the adult population, and that’s what it’s all about really.”

But he continued: “I think it’s important to say that actually over this four week period where we try get a better understanding of this Delta variant and understand the risk it poses to people, that it can’t just be about the vaccines.