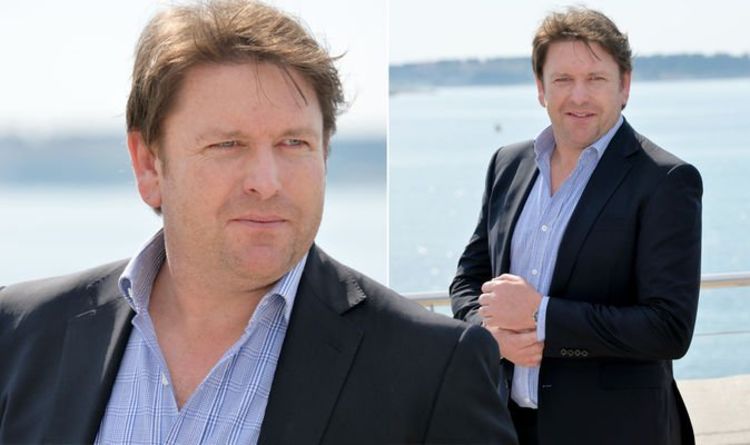 James Martin, 48, has opened up about having dyslexia on a number of occasions. Dyslexia is described as a common learning difficulty by the NHS that can cause problems with reading, writing and spelling. Looking back at how the condition affected him growing up, James revealed it led to him failing cookery at school.

“But I can’t read autocue. If I read it I make a mistake.”

James opened up again about his dyslexia earlier this year.

Speaking to guest Mollie King on ITV’s Saturday Morning, he began asking the Saturdays star about her dyslexia.

“I know a big passion of yours is this dyslexia foundation which I wanted to pick up on because it’s something that’s close to my heart, because I’m dyslexic as well – severely dyslexic,” he said.

“I know that you are as well and you found that out when you were a young kid.”

Mollie told James she knew she had the condition at the age of 10, to which James replied: “I didn’t know about mine until I was 30 years old, when I started in television to read the autocue.

“For me it’s an absolute nightmare, to read that.”

He continued: “I’ve got to walk and talk and it wasn’t until a wonderful lady, I’ll always remember her and I’d like to thank her as well.

“She works for the BBC and she turned around and said, ‘You’ve got to walk and talk at the same time,’ and sent me away for a little lesson on how to do it.

“You need somebody like that to give you the confidence, don’t you really?”

How do you know if you’re dyslexic?

The signs of dyslexia usually become apparent when a child starts school and begins to focus more on learning how to read and write, says the NHS.

The health body says a person with dyslexia may:

But people with dyslexia often have good skills in other areas, such as creative thinking and problem solving.

If you think your child may have dyslexia, the first step is to speak to their teacher or their school’s special educational needs co-ordinator about your concerns.

Additional support may be offered to help your child if necessary.

Skin cancer: ‘EVERYONE’ at risk warns doctor – 8 early signs your mole could be cancerous