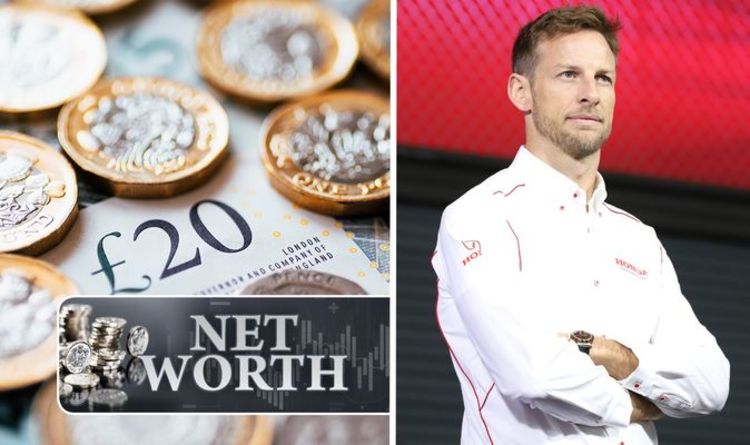 Jenson Button is one of the richest racing car drivers in the world, having started the sport at a young age and going on to win Championships. Thanks to his success in the sport, Jenson has a huge fortune.

The other guests to appear on Sunday Brunch this morning are Anthony Boyle and Johnny Vegas, while chef Parveen Ashraf is expected to cook for the crew.

Jenson was introduced to racing as a young boy as his father, John Button from London, is a former rallycross driver who was well-known for racing a Volkswagon Type 1.

Jenson enjoyed racing a BMX bike as a child and watched the Formula One with his father.

The racing star’s career in karting began when he was a teenager, therefore Jenson left school with only one GCSE.

Interestingly, when he was 17, Jenson failed his first driving test because he drove between two cars on a narrow road.

Jenson was the winner and runner-up of many karting races when he was a child, most notably becoming the runner-up of the Formula A World Championship at only 15-years-old.

He also became the youngest driver and first Briton to win the European Super A Championship.

Jenson won the Formula One competition in 2009 and finished second place in 2011, before retiring in 2016.

However, he continued to compete in other races, including the Super GT series in Japan in 2018.

As well as his motoring success, other career ventures have contributed to Jenson’s impressive wealth.

He is the brand ambassador for shampoo company Head & Shoulders and has partnered with other businesses over the years, such as Hilton, Hugo Boss, and Tag Heuer.

From June 2012 to June 2013, the racing star was listed as one of the world’s top-earning motorsports drivers by Forbes.

In 2010, Jenson was appointed an MBE by the Queen for his services to British motorsport.

In his personal life, Jenson married ex-Playboy model Jessican Michibata in 2014, before separating a year later.

He is currently engaged to model Brittny Ward, and the pair have a son and a daughter together, called Hendrix and Lenny Monrow.

The family live in Los Angeles and Brittny often shares photos of them playing on the beach or relaxing at home.