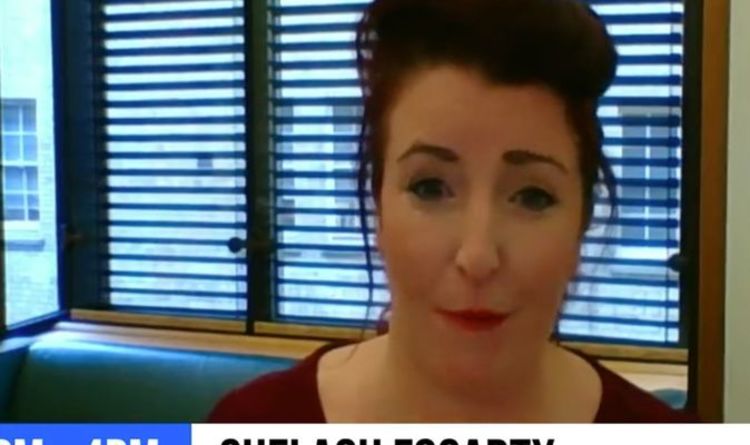 Louise Haigh claimed that Boris Johnson and the Tories secretly pinned their hopes on Sue Gray’s report being postponed so that the dust would settle. It was thought the Met Police’s decision to make an inquiry into the Prime Minister’s party allegations may have helped to push back the publication of Ms Gray’s highly-anticipated findings but the senior civil servant is still expected to get the job done before the end of this week. And Labour MP Ms Haigh stressed that no matter long it takes before Ms Gray’s report is released, Britons will not forget what he did so quickly and still hold a grudge.

Mr Johnson, whose fate as Prime Minister is on the line, is holding his breath as his future hinges on the outcome of the report.

Tory MPs are expected to submit no confidence letters en masse if he is to be found guilty of breaking the law during lockdown.

Ms Haigh told LBC host Shelagh Fogarty it is “difficult” to imagine Mr Johnson emerging unscathed from the report, expecting him to suffer a humiliating exit.

She said: “I think what Boris Johnson and the Tories were hoping was that if they could push back Sue Gray’s report and say we will leave it all until then the anger in the public would die down.

“But they are not, people are really angry about it!

“And every day it seems there are more allegations about more parties and more evidence of the fact that he has lied.

“So it’s difficult to see how he can come out the other side.”

“He doesn’t wanna go out there and defend the Prime Minister.

“Understandably, but it means they are not getting on with their job!”

Mr Johnson reportedly told MPs yesterday that, despite the gloomy predictions, he was upbeat about the report.