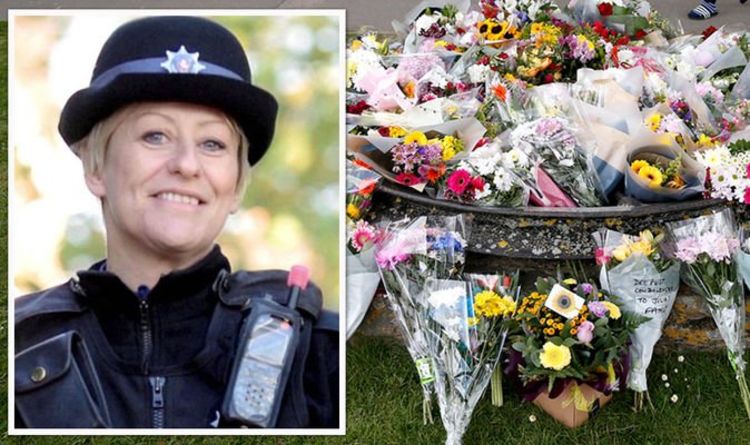 Ms James, 53, was found dead in Akholt Wood near her home in Snowdown, Kent, on April 27.

Kent Police said on Monday night that Callum Wheeler, from Aylesham, had been charged with her murder.

He was arrested on Friday and is due to appear via videolink at Medway Magistrates’ Court on Tuesday.

Ms James died from serious head injuries while out walking her dog.

In a statement, Kent Police said they had charged the 21-year-old man with murder.

A statement read: “Detectives investigating the death of Police Community Support Officer Julia James have charged Callum Wheeler, 21, from Aylesham with her murder.

“Julia, 53 was found deceased next to Akholt Wood in Snowdown just before 4pm on Tuesday 27 April 2021.

“Officers from the Kent and Essex Serious Crime Directorate arrested the 21-year-old on Friday 7 May 2021.

“On Monday 10 May 2021, the Crown Prosecution Service authorised a charge of murder.

“Mr Wheeler remains in custody and is due to appear via video link at Medway Magistrates Court on Tuesday 11 May 2021.”

They had been granted a 36-hour extension to continue holding him in custody, which lasted until Monday evening.

Crimestoppers had offered a reward of up to £10,000 for information that led to her killer being convicted.

And last week police issued an image of Ms James in the clothes she was wearing before she was killed.