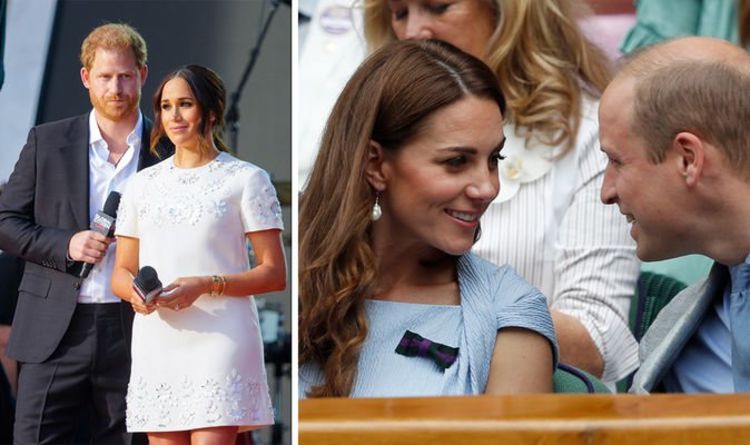 The Duchess of Sussex’s most loved watch, and a design she is always seen wearing, is the Cartier Tank Française which belonged to Princess Diana.

Designed by Louis Cartier in 1916, it is still considered one of the most desired watches worldwide and it is now worth £300,000.

She explained it “is the 18ct yellow gold version and because of the age of the watch, is probably a mechanical movement”.

The most expensive watch the Duchess of Cambridge owns is worth less than that.

Her stainless steel Ballon Bleu De Cartier, which she is often seen wearing, is worth £20,000.

The bracelet watch has blue hands and a large Roman numeral dial.

The Duchess’s watch was a wedding anniversary gift from Prince William and has an enormous sentimental value for her.

To make it even more special, the Duke had a sapphire added to the frame of the watch to complement Kate’s engagement ring.

Sarah Buck explained both Meghan and Kate “regularly wear jewellery given to them by their respective husbands that originate from their mother Princess Diana”.

“Kate’s Diamond and Sapphire engagement ring being the engagement ring given by Prince Charles to Diana in 1981, while Meghan Markle is often seen wearing a large Aquamarine ring presented to Diana by Asprey of London.”

“Both their choices of jewellery may reflect their upbringing in different countries and their loyalties to them.”

Sara continued: “The Royal Family have always been very loyal to the crown jeweller currently Mark Appleby of Mappin and Webb, a very classic top-end British jeweller so this may also steer Kate’s preferences.

“The one area they both seem to agree on is their choice of watch brand.