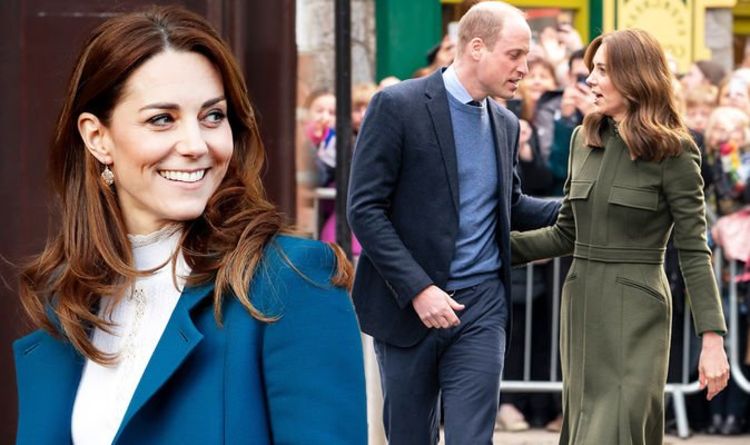 “Kate and William’s public displays of affection, or PDAs, have increased during their marriage,” the expert commented.

Most members of the Royal Family will not publicly show a lot of affection.

However, Kate’s “growing confidence” in the family may have helped them both become more relaxed and show another side of themselves.

The expert stated they could now feel more at ease showing affection in public.

Judi continued: “William’s inherited status meant there was no need for any power-posturing, but Kate has always been careful to look traditionally, pitch-perfect regal.

“Her growing confidence in their well-defined double-act has led her to de-royal slightly now though.

“She has relaxed to show her more casual and fun side.

“This seems to have been picked up by William who is also looking much less cautious and more relaxed recently.”

While they may show more affection, Judi claimed they do it in a subtle way.

The royals will use tactics such as mirroring each other’s body language to show their “romantic affection”, the expert claimed.

“Kate and William’s PDAs have been rare and subtle,” Judi added.

“But their even-handed mirroring traits and their subtler tie-signs and fun competitiveness have shown more dimensions in terms of romantic affection.

“It’s their facial expressions as well as their mirroring and their intense and mutual attention rituals with one another that suggest they are also presenting as romantic royals as well.

“Kate’s excited eye expression and her wide, dimpled smile suggests genuine, congruent pleasure at being in her husband’s company.

“His beaming and at times slightly shy smile plus his softened features do suggest he’s very happily in love.”

Such signals of affection from the royals have been seen more often during recent engagements, the expert said.

She concluded: “The Cambridge’s PDAs have increased with time, but their initial masking was probably down to William’s passionate desire to avoid the kind of soap opera publicity that surrounded his parent’s marriage.”

How rising inflation will make buying a house much harder