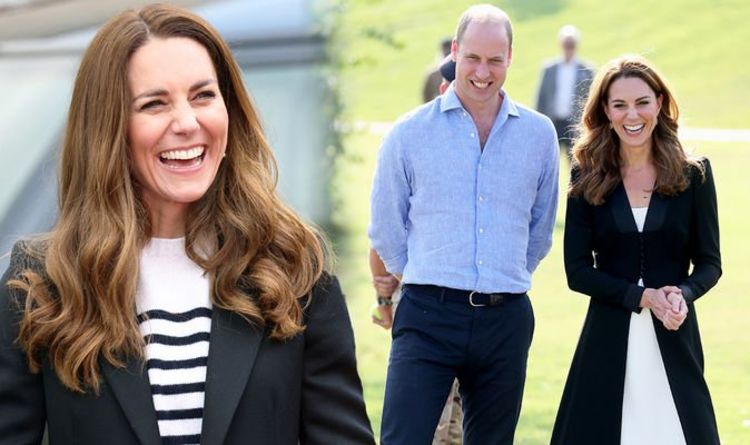 Kate Middleton and Prince William have carried out countless royal engagements together. Just last week, they joined other royals at a reception for G7 leaders.

“It’s their facial expressions as well as their mirroring and their intense and mutual attention rituals with one another that suggest they are also presenting as romantic royals as well,” the expert said.

“Kate’s excited eye expression and her wide, dimpled smile suggests genuine, congruent pleasure at being in her husband’s company.

“His beaming and at times slightly shy smile plus his softened features do suggest he’s very happily in love.”

By mirroring each other, the expert claimed, Kate and William have shown their “like-minded intimacy”.

Judi continued: “William and Kate have always defined the depth of their rapport and like-minded intimacy as a couple via their body language echoing.

“The Cambridge’s appear more relaxed about their PDAs, with Kate touching William on the back and some rather flirtatious eye contact between them.”

At the G7 reception in Cornwall last week, Judi stated they mirrored each other again.

She said: “Kate mirrors William’s clothing touches in their usual style of empathetic symmetry of movement.”

“As we saw Kate grow from an ordinary, non-royal girl to future Queen the sense of approachability has always been implied.

“Kate seems to have moved out of the ‘royal wife’ role and looked happier appearing as an individual appearing as herself.

“Kate’s confidence signals have grown since the birth of Louis.

“Now she appears to be slightly in the lead, taking cheers from crowds in her own right.”