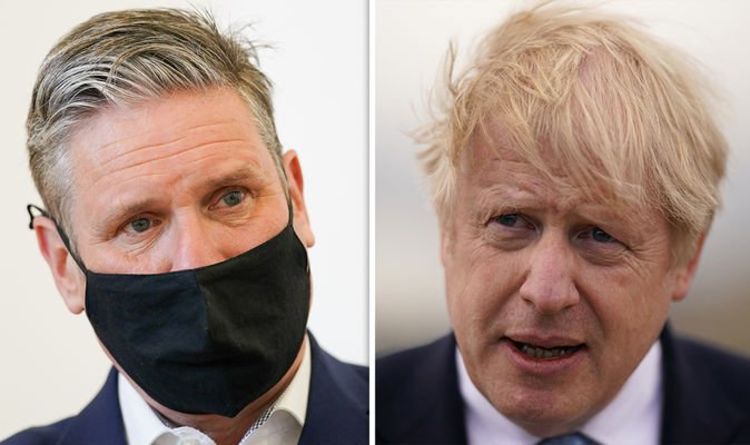 Prime Minister Boris Johnson would have normally struggled to find support in a place like Hartlepool, in the northeast of England. Labour had held the town since 1964, with majorities in five figures as recently as 2001 when Peter Mandelson was MP. However, on June 23, 2016, Brexit happened and for the first time in the constituency’s history, the Conservatives beat Labour in a by-election last week.

The vote was a critical test for Mr Johnson after his landslide victory in 2019 paved the way for his Government to take Britain out of the European Union.

The by-election was also a test of Labour’s appeal to its traditional heartlands, just over a year after Keir Starmer became leader with a pledge to rebuild the “Red Wall”.

Sir John Curtice, Professor of politics at Strathclyde University, wrote how Labour’s loss of Hartlepool in a by-election is the most dramatic illustration yet that the party has so far failed to connect with the Leave-supporting, working class voters they lost heavily in 2017 and 2019.

Support for the Brexit Party, which registered 26 percent in Hartlepool in 2019, collapsed – as the successor Reform UK Party secured just one percent of the vote.

However, the swing to the Conservatives of 16 percent is more than can be accounted for by the collapse of the Brexit Party.

Sir Curtice wrote for the BBC: “Together with the pattern in key wards there is clearly a debate about whether Labour can win support from Leave voters by ignoring Brexit as it has in the past 12 months.”

In an exclusive interview with Express.co.uk, though, Labour councillor and general secretary or Labour Leave Brendan Chilton argued the Hartlepool by-election has been heavily affected by the “Covid bounce”.

He said: “The vote is taking place under the current conditions, where the Tories have enjoyed a bounce because of the vaccines, the weather is nice, people are getting back to normal.

“There is a ‘feel-good factor,’ which is contributing to the Tory lead.”

He added: “Labour’s key challenge is going to be not just on Brexit, but on a whole host of issues, showing authenticity that it really has changed

“I think Keir starter has somewhat done that.

“I kind of feel sorry for the guy, because he took over a sort of ramp Labour Party in Parliament.

“Not so long ago he was neck and neck with Boris Johnson, and in some he was ahead.

“I just think this Covid bounce has happened at the same time of the election and hopefully it will not have too much of an impact.”

According to Mr Chilton, the sleaze allegations engulfing Mr Johnson’s Government will also hit home at some point.

“They seem to have got these fantastic contracts worth hundreds of millions of pounds without a proper procurement process.

“This latest one… [David Cameron] is a friend of Boris Johnson.

“Both of them went to the same school and a few years later, they both occupied Number 10.

“The fact that he could just ring the Chancellor in this case and say, ‘By the way, a firm I am working for needs some help’ is baffling.

“No ordinary person in this country has that level of access.

“No plumber or electrician can text the Chancellor.”

The Brexiteer insisted it was “wrong” and “smelly”.

He added: “I don’t think right now this is hitting home to people but there is a dirty smell around this Government.

“Even though the ‘Covid bounce’ is happening in the polls and the Tories are enjoying a boost in support, once we have a full inquiry into this, which will inevitably be public, people will start to think: ‘This is not a good position’.

“It will hit them hard.”

DIY SOS in Bristol: How Southmead’s ‘vital’ Ranch was rebuilt

Mother rescues son after watching her toddler swallowed up by sewage...