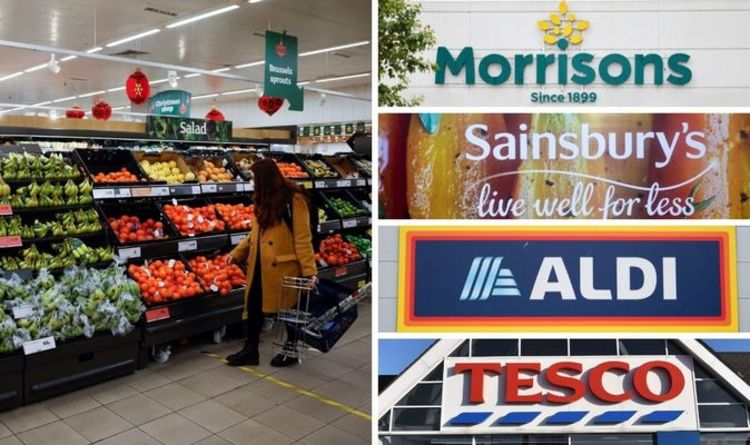 Each month, consumer group Which? analyses UK supermarkets to determine which is the cheapest. Comparing a trolley of 18 items, Lidl lost the top spot this month with Aldi becoming the cheapest grocer again.

Everyday throughout the month of June, Which? checked the prices of 18 items including own-brand products like apples and eggs as well as Hovis wholemeal bread.

On average, shoppers would have paid £21.61 at Aldi, which beat fellow discounter Lidl by just 20p.

Customers shopping at Asda would have paid £21.99 for the trolley of 18 products while Tesco shoppers would’ve paid £24.21.

“It could be worth switching supermarkets, or shopping around, if you want to trim your shopping bill.”

According to the consumer group, some of the biggest price differences included own-label free-range eggs.

The analysis also compared a bigger shopping trolley with 76 items to determine the cheapest supermarket.

The products included the original 18 plus 58 more like Branston baked beans and Colgate toothpaste.

Branded items aren’t always available at the discounter supermarkets and therefore this section of the analysis didn’t include Aldi or Lidl.

Morrisons and Tesco had just £1 separating them, with Morrisons’ trolley slightly winning at £150.87.

Which? has said it can’t compare exactly the same items each month because products aren’t always available but according to its data, Asda has been the cheapest ‘big four’ supermarket for more than a year.

It has claimed the title every month since January 2020.

Asda was £20.77 cheaper than the most expensive supermarket Waitrose, where customers would have paid £161.79.

In other news, lockdown restrictions are set to ease further on July 19.

This could see the wearing of face masks no longer a legal requirement.

Sainsbury’s said: “We are reviewing the latest guidance and will keep customers and colleagues updated on our plans.”

How to make your Christmas tree last as long as possible: ‘Rest your tree and recut trunk’