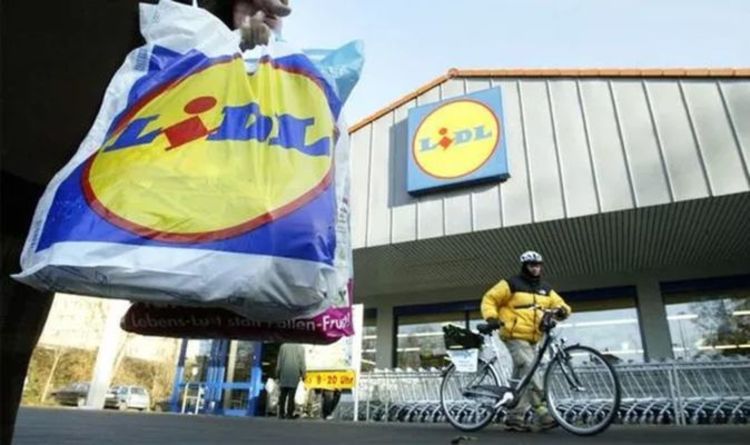 Many UK supermarkets have been struggling with food shortages in recent weeks, leaving their shelves bare. This is due to a number of reasons, including a lack of lorry drivers.

Another person said: “My Lidl experiences are: there are definitely shortages. The staff also say that deliveries are struggling.”

One customer posted photos of gaps in shelves at their local Lidl store, accompanied by the caption: “Food shortages on its way, wait for it…Lidl UK.”

One person wrote: “Cornwall here, Lidl and Waitrose there are shortages.”

Another customer who couldn’t find what they were looking for at their local Lidl added: “You just take these items for granted when they are on the shelves. It’s only when you look for a tin of beans or whatever and realise they are out of stock that you notice and think about going elsewhere.”

Sainsbury’s saw beer flying off the shelves last week with 17 packs being sold each second as fans gathered ahead of England and Ukraine’s quarter-final match.

Driver shortages have meant that the supermarket was “not getting every product through”, Mr Roberts added.

The number of lorry drivers in the UK has reduced by 100,000 since the start of the pandemic, according to the Road Haulage Association (RHS), who detailed the statistic in a letter to Downing Street last month.

The RHA has asked the Government to act on the issue.

He said: “We’re aware of a shortage of HGV drivers, so I’m announcing a [temporary] extension of drivers’ hours rules from Monday 12 July, giving flexibility to drivers and operators to make slightly longer journeys.

“We’ve ramped up the number of driving tests available and will consider other measures,” Mr Shapps added.

Save £10 off Christmas flowers and bouquets from Marks & Spencer