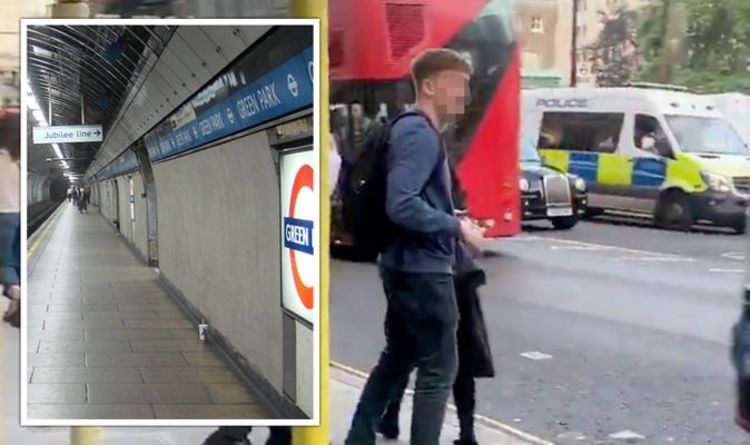 According to claims on Twitter, armed police have descended on the scene. Indeed, one video online shows multiple police cars parked outside the busy tube station. One person claimed a man was seen with what appeared to be “blood-stained” clothing.

Indeed, further reports have claimed the busy central London station has been evacuated.

Another person said: “There were hundreds of people recording videos outside green park earlier when the police were arresting someone but where are all the videos now.”

Another said: “Armed police at Green Park station. Everyone evacuated!”

Another person said: “Victoria Line down due to police incident Green Park.”

The British Transport Police have been contacted by Express.co.uk.

Pneumonia symptoms: The full list of gastrointestinal signs warning you may...

Minecraft: The Haven Trials review: An endearing and emotional adventure

Pneumonia symptoms: The full list of gastrointestinal signs warning you may...