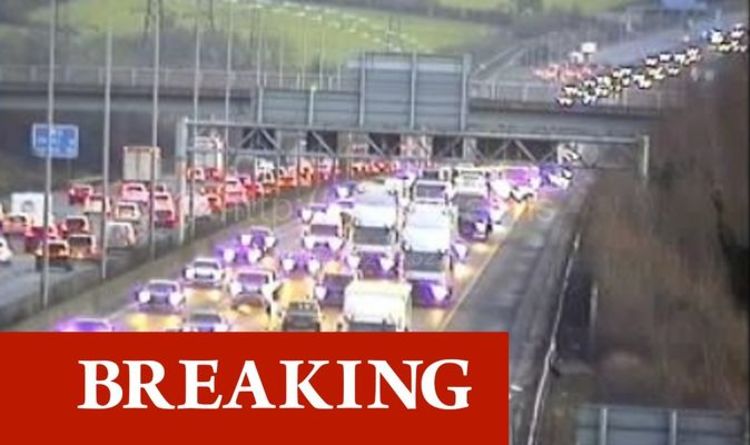 Hertfordshire police officers are currently dealing with a five-car collision on the M1 northbound at Junction 8. While the road has reopened after closing earlier today, there remains significant congestion. Motorists are advised to find an alternative route. The accident, reported at around 4pm, has held traffic in all four lanes.

INRIX states: “All traffic being temporarily held and stationary traffic due to accident, five vehicles involved on M1 Northbound between J8 A414 (Hemel Hempstead) and J9 A5183 (Redbourn). Congestion to J6A (M25 Interchange).

“Cameras show traffic is being held in all four lanes.”

INRIX also reports there is congestion to junction 6A at the M25 interchange.

As of 5.10pm, all lanes have re-opened. However, congestion remains in place at J6A at the M25 interchange.