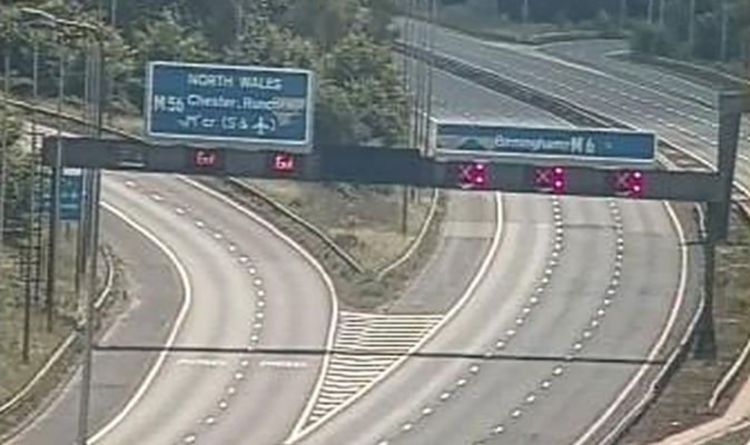 It has since emerged that one driver died in the smash while three other people have suffered minor injuries.

Liverpool Echo reports both carriageways were shut between junction 19 and junction 20, through rush hour and into the evening.

The northbound side reopened and police were able to let traffic through southbound a couple of hours later, once their investigation had ended.

Cheshire Police are appealing for witnesses.

A spokesman for the force said: “Police are appealing for witnesses following a serious collision on the M6 near Knutsford today (8 July) in which a driver sadly died at the scene.

“Three other people received what are believed to be minor injuries.

“The collision, which involved three HGVs, was on the southbound carriageway between junction 20, Lymm Interchange and junction 19, Knutsford shortly before 12.40pm.

“Both carriageways were shut to assist emergency services.

“Anyone with any information or video footage in relation to the collision is asked to call Cheshire Police on 101 or visit www.cheshire.police.uk/tua quoting IML 1032250.”