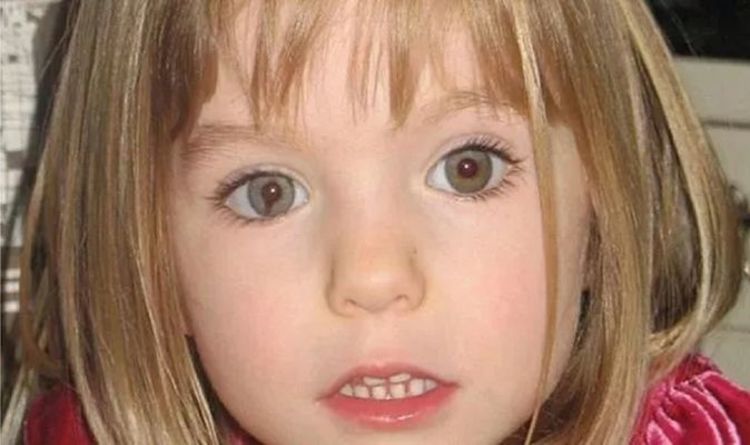 Madeleine disappeared in 2007 aged three during a family holiday to Portugal. Her parents continue to hold out hope she will be found alive. The disappearance sparked a huge manhunt involving Portuguese, British and eventually German police.

According to The Mirror, German prosecutor Hans Christian Wolters previously said there is “concrete evidence” indicating she was killed by ‘Christian B’, a convicted German sex offender.

Now, ‘Christian B’ has reportedly written a letter slamming the investigation as a “scandal” and proclaimed his innocence.

He also reportedly urged prosecutors leading the case to give up.

The convicted sex offender accused prosecutors of bringing “shame” to the German legal system by making “scandalous” about him without ever bringing charges in connection with her disappearance.

According to German tabloid Bild, ‘Christian B’ said prosecutors should resign for “persecuting an innocent person”.

He wrote prosecutors were “unsuitable for office” and “bring shame to the German legal system”.

The letter, dated May 8, was reportedly accompanied by a bizarre drawing of two prosecutors ordering “filet forensics” at a restaurant.

In speech bubbles in the drawing, one of the characters says “I’ll take the filet forensics” and the other replies “Yummy, me too”.

“It protects the minority. It does not protect the most logical, most convincing or most popular views, but rather the outsider position.

“I call on the Brunswick public prosecutors (Hans Christian) Wolters and (Ute) Lindemann to resign from their offices.

“Both are proving worldwide through my arbitrary condemnation in the past and through their scandalous pre-denial campaign in the present against me as an innocent person that they are not suitable for an office as a lawyer for the honest and trusting German people and you bring shame onto the judiciary.”

Madeleine was on holiday in Portugal’s Algarve region, along with her parents and two younger siblings, when she disappeared.

Kate and Gerry McCann were dining at a restaurant with friends 55 meters away from the rental property.

They regularly checked in on the children and at 10pm Ms McCann noticed Madeleine was missing.

In June 2020 German prosecutors said they “assumed” Madeleine is dead.

Mr Wolters, from the Braunschweig Public Prosecutor’s Office, commented: “We are assuming that the girl is dead.

“With the suspect, we are talking about a sexual predator who has already been convicted of crimes against little girls and he’s already serving a long sentence.”