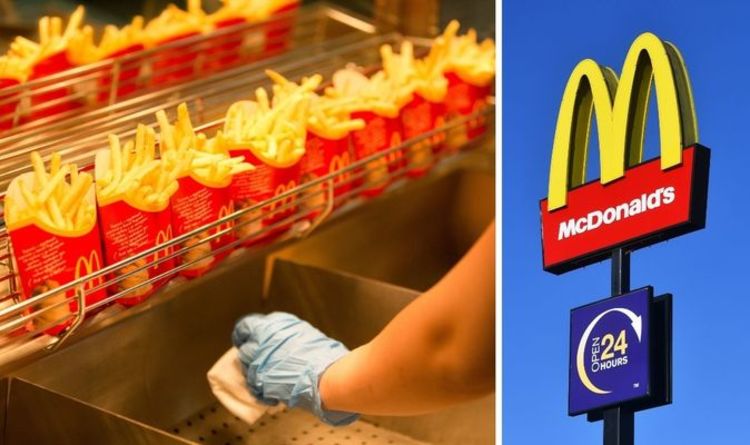 McDonald’s often offers its customers deals each week, with its ongoing promotion that sees a new offer appear in the app every Monday morning, which can be redeemed the same day. However, a special deal is also available for McDonald’s fans this week, with a 30 percent off deal available on the app.

Although there are no menu exclusions, there are a small number of excluded restaurants.

These include Croydon, Rugby, Charlton, West One Shopping Centre, Victoria Station and Lincoln.

The order can be placed via the app once the 30 percent off deal has been selected, and picked up from a local McDonald’s.

Customers can only use this offer once during the promotional period and it cannot be used in conjunction with any other deal.

The fast food giant is also adding some new additions to its menu today.

McDonald’s will often update its menu with special food items for a limited time only.

One new food item is the BBQ Bacon Stack which costs £4.79 for the burger or £6.29 for a meal, which includes fries and a drink.

Those visiting the fast food restaurants will be able to get the Aero McFlurry in a chocolate as well as a mint flavour.

Regular size will cost £1.49 while mini sizes in the ice cream will set customers back just 99p.

The new menu items will be available for just six weeks.

However, the menu has meant that five popular food items were axed from McDonald’s menu yesterday.

This includes cheese and herb melts as well as the popular Bacon Clubhouse Double and the Chicken Deluxe.

Polycystic ovary syndrome: The signs on your skin you could have...

Louise Redknapp flashes pins in glamorous display a week on from...

Polycystic ovary syndrome: The signs on your skin you could have...

Louise Redknapp flashes pins in glamorous display a week on from...